THE DOG DAYS OF JANUARY?

Not likely! I believe those days are in midsummer. 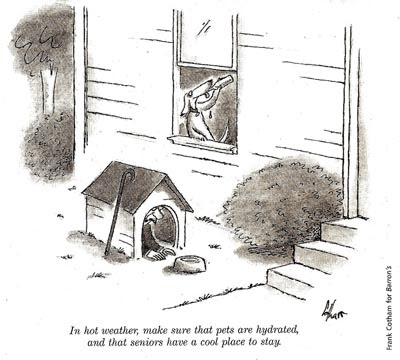 (With credits to Barron's magazine and Frank Cotham)

But with this year's frigid winter, the cartoon just might warm a few hearts. The CAWS will head back to the early 50's, and the B&W PG&E consumer ads of that time. Most include dogs. They were an important family symbol. 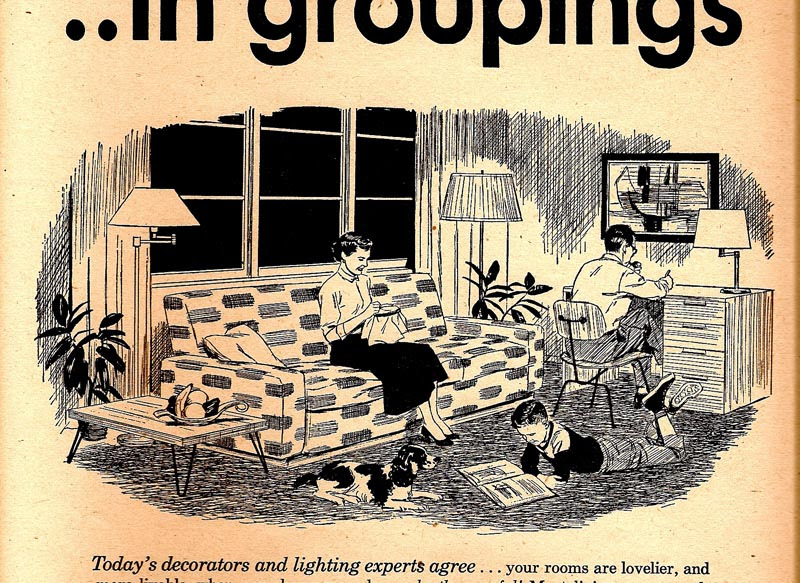 These ads were about young families, and about selling new appliances....no one worried about using too much energy back then. This group should pretty much finish the scans of that PG&E series, with the exception of three or four 'location' ads showing low energy rates in California. 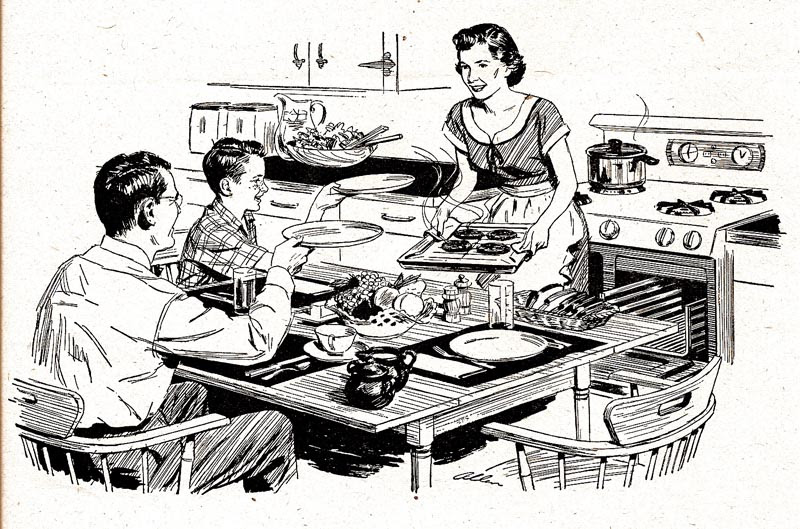 All of these are self explanatory....really, not much to say about them. Pen, brush and ink on Whatman Illustration board. As I remember, time was usually short. The AD at BBD&O would send over an ad layout....the illustration space left blank. We'd talk over instructions on the subject and appliances...a comp not needed. We were fond of dachshunds then, and we ended up owning one for about seven years. Definitely a character, and a great rat-catcher, he appeared in several ads. 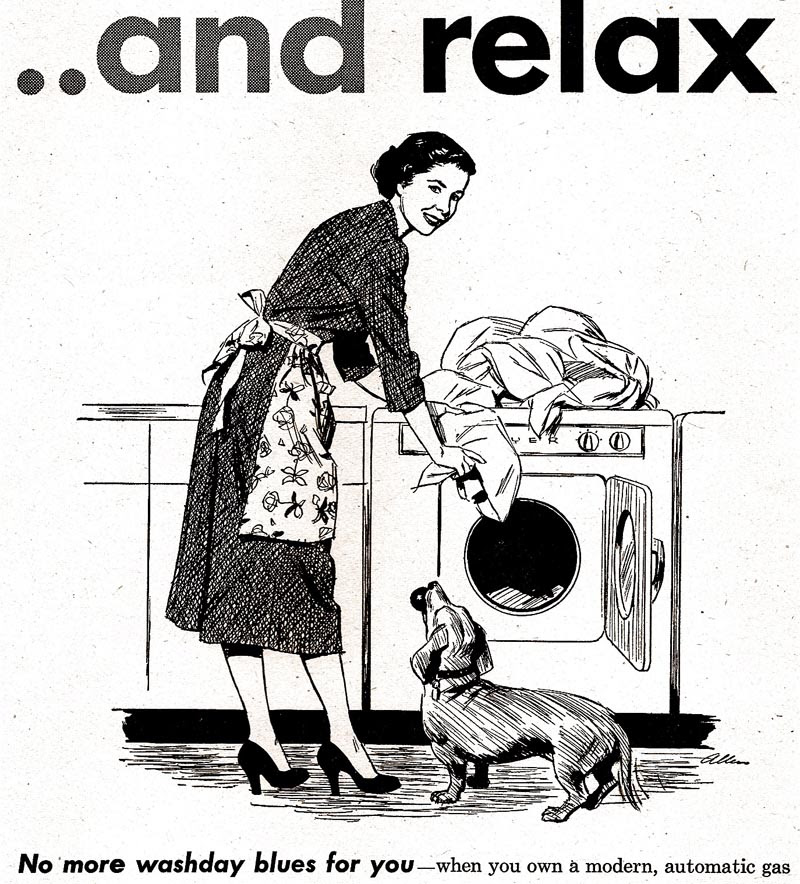 Bruce Bomberger and Stan Galli used to favor dalmatians, the 'fire house dog', in their illustrations. For some reason, and for drawing purposes, I preferred spaniels and terriers. 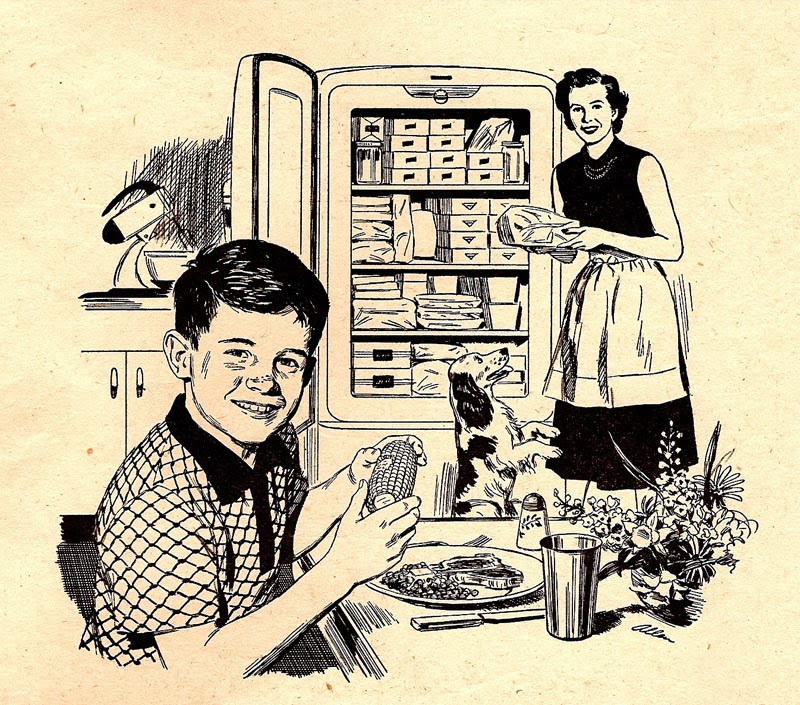 My wife and oldest daughter posed for the 'bank book' ad. 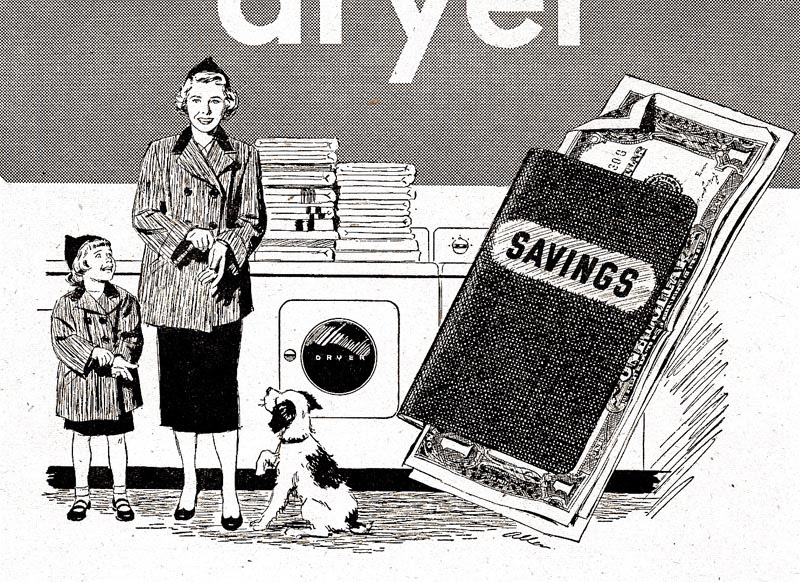 Our two youngest were the little ones in front of the red leather chair with the relaxed dad. Won't identify him... 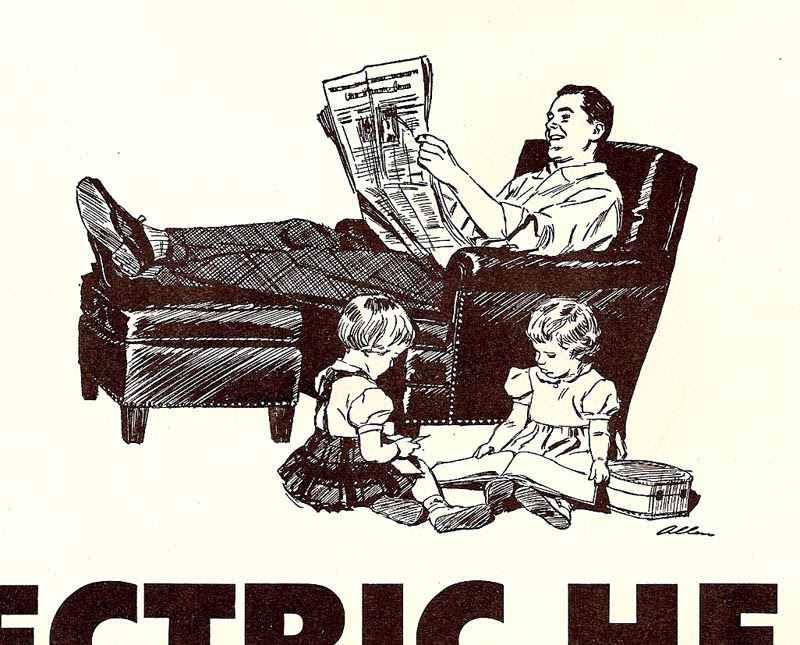 ...except to say, I always improved the model!

Charlie Allen's Flickr set
Posted by leifpeng at 6:34 AM

Thanks, Charlie--and best wishes to Leif Peng...This was a great post. Those ads say so much about the way we used technology, and they're gorgeous drawings. I hope advertisers go back to using good illustration.

Late response here, but thanks to Bruce for alerting me to 'that' James Gurney! Thanks for your comments, James...much appreciated. We have your first Dinotopia book, a gift from our daughter who recognized good illustration when she saw it! Just amazing, creative, yet almost traditional, storybook illustrations. Very complicated compositions and subjects....but focused and held together beautifully. That's been long while....so hope there are more books and venues for you, and for today's 'paint' illustrators. Thanks again.

Whoaa! That fridge is full to the brim - no wonder that spaniel is claiming his share of it!

Great dog renderings!
I however prefer cats, but never the less like dogs too. "Dackel" - Dachshunds are out of fashion here in Germany. That's a pity. As you say, Charlie, they are characters. Just recently one of them was jumping at me, and the proprietor, an old lady, said: "He's fond of human beings"

Concerning your last picture: You improved the model? The man reclining in his chair after a hard day's creative work?
I'm not quite sure, he may have looked like that....