'TWAS THE WEEK BEFORE CHRISTMAS

ON A CLEAR STARRY NIGHT....
THE CITY'S LIGHTS SPARKLED 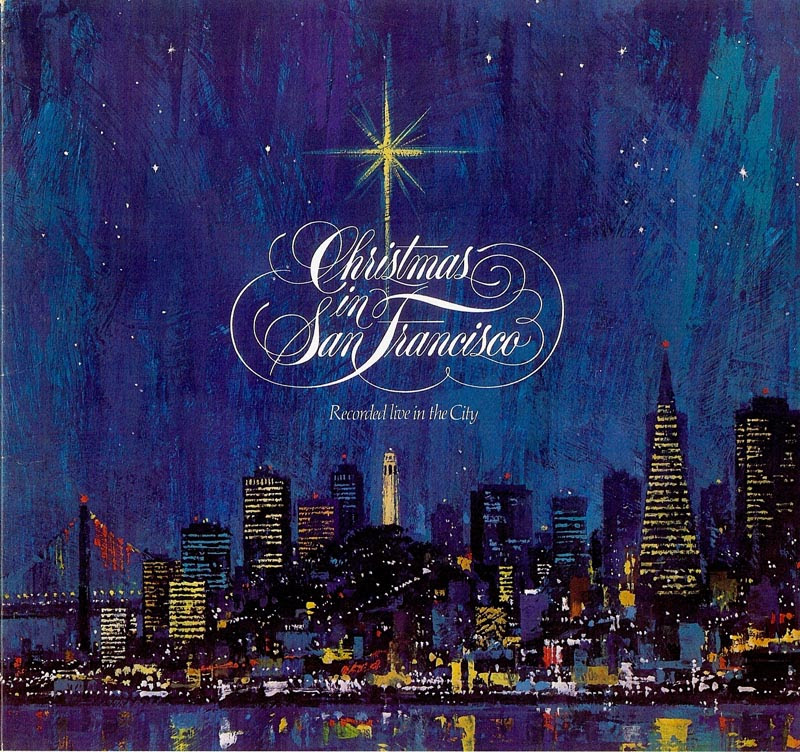 WHAT A WONDEROUS SIGHT!

....To paraphrase the old poem by Clement Clarke Moore. And yes, illustrators tend to build on reference! This 'impressionist' version of San Francisco, back in 1974, was the only record album assignment I received over the many years. As said before, S.F. was not really a publisher of records and entertainment. This came from the Embarcadero Center, a big S.F. developer and promotional group. Instructions.....elevate and feature the Coit Tower on Telegraph Hill....and make it festive and bright! I recall taking some late afternoon shots from Treasure Island, mid bay, and then improvising on the city's skyline. For what it's worth, the method here was much like the 'old school house' for US Steel, seen earlier. Heavy brushed gesso on illustration board, thin to thick gouache brushed and palette knifed on. My 'palette knives' were several small pieces of illustration board, cut in strips, 1/2 to 1 inch wide, the edge dragged in paint, then applied or scraped on. It works! I liked the rough texture of the illustration contrasted and made more stable by the beautifully designed title in script form.

We'll have a Christmas ad theme this week, and hopefully the next. Just in case, however, the CAWS would like to wish a hearty 'Merry Christmas!' to any and all viewers of TI and this blog over the past several months. It has been an interesting and rewarding experience....and Leif has been valiant in his support.

The next three scans are the now familiar 'Telephone News' mailers. Christmas subjects....usually received in a very non-Christmas time of year....sometimes mid-summer! But, that's life for many businesses. Spring and summer merchandise is often shown and advertised in the winter months. 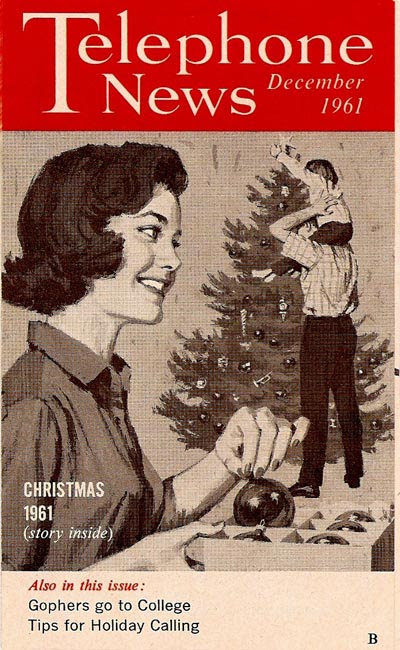 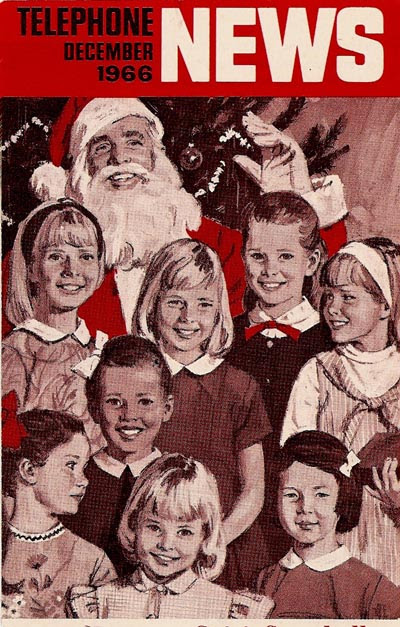 I'll include two Gallo comps in pencil....for a POS Christmas poster in the 70's. 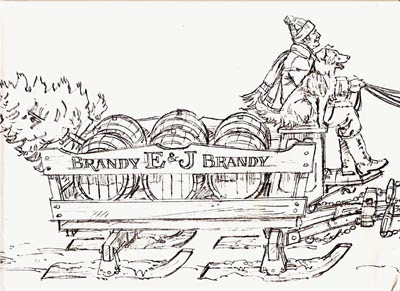 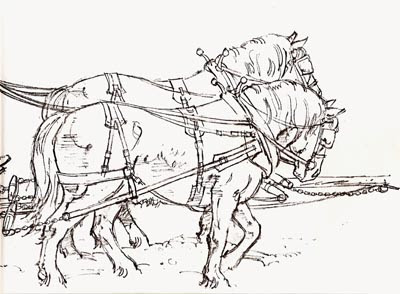 Last, a blast from the past! When our family was young, and even through our daughter's teen years....with my trusty Speed Graphic camera set on timer....I would take, develop, and print a B&W family photo each year for a Christmas Card. This one, in 1957, with my lovely wife and our three prides and joy. The mechanical 'pride and joy' was a bright red '55 TR-3 Triumph sports car. 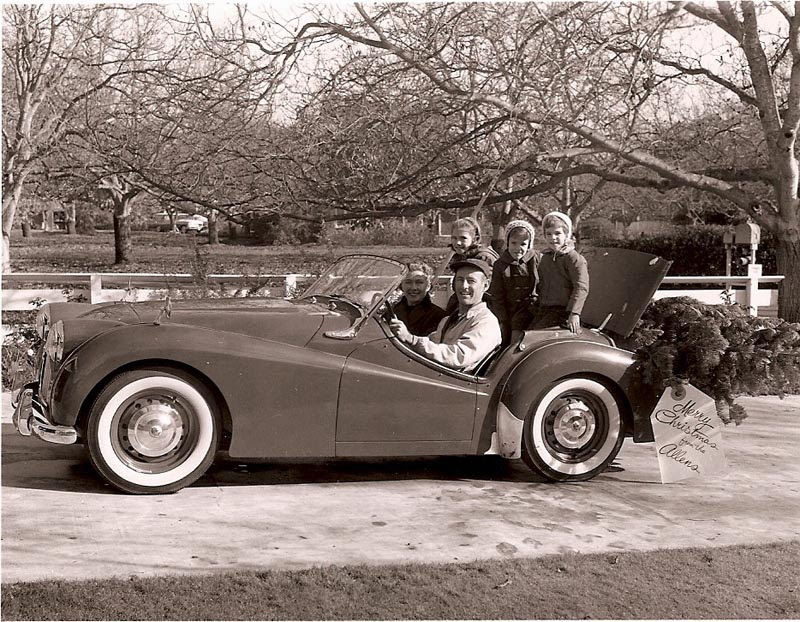 To be honest, it rode like a brick....fun, but not sprung for comfort! It, or I, lasted for about three years before a replacement was made.

Charlie Allen's Flickr set.
Posted by leifpeng at 9:30 AM

Hello Charlie ( I think ),
I'm an old fan of ad art and especially Illustration from the early to mid century. Just found your blog today and will visit often but, why do your posts say that they are posted by Leif Peng?

Also, with your experience and talents I would love to see a bio or career chronicle of yourself here on the blog?

Maybe it's all in here and I just have to read everything first but as I said I just got here and will be trying to catch up on all the posts.

thanks Again for what looks like a great blog!

I have no idea how Leif put this blog on today, with his rig trashed. But he did....and thanks isn't enough. If anyone needed a break at Christmas, tho,he deserves one. (Not the grief, however). Maybe 'Murphy', the always capricious computer gremlins, and nature's sub zero weather combined to force the issue. When TI returns I'll post the second Christmas CAWS. Meanwhile, again, Merry Christmas! Thanks, Bruce, and to Bernard for looking in. If Leif didn't run this show, it would never be seen. At 86, and as a card carrying dinosaur, I'm doing well to turn the computer on and off.

Charlie,
Thanks for responding and just know that your doing fine in the computer dept. I too am a little old school though I am only 50 years young.

It's the computer software that gets me...just when you get the hang of one version, boom, out they come with another one.

I really enjoy reading about and talking to the card carrying dinosaur artists as much if not more than the young tigers out there.