IFO's in this case....not UFO's! As were many kids back in the 1920's and 30's, my older brother and I were fascinated by airplanes. To further fuel the interest, Fresno's first municipal airport was constructed almost across the street from our home. We could hardly believe our 'good luck'! In a few years we moved, but for a long time we built model airplanes....he more seriously than I. My brother went on to become an engineer, and later spent a large part of his career in wind tunnel design on NASA projects. I enlisted in the AAF in WWll and became a pilot....mainly flying air-sea rescue in PBY's in the Pacific theatre of operations. Following the war I returned to school, a newspaper job, and my first interest and love....illustration.

The San Francisco Bay area was not a home for aircraft industries, as were Los Angeles and Seattle on the west coast. In advertising illustration, however, there were aviation subjects, and the CAWS has already posted a few airline ads. The first scan is from a newspaper B&W halftone ad for Chevron done in the 50's....I believe showing a Douglas DC-6, the popular airliner of the day. 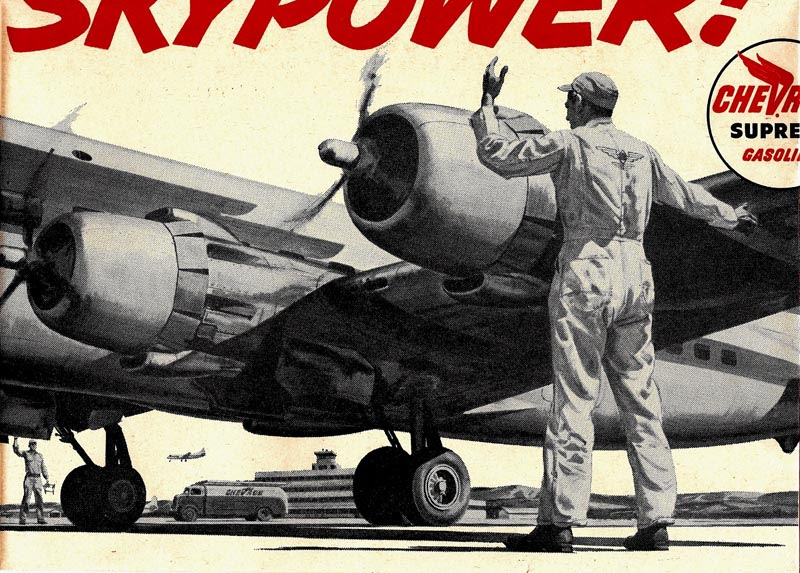 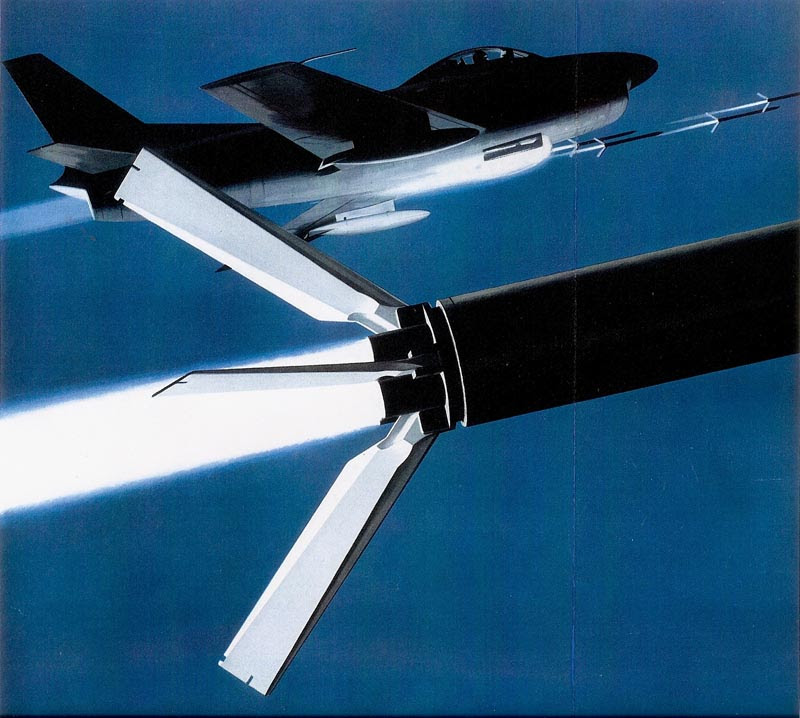 I think the fighter shown was called the Sabre-Jet, built by North American Aviation....operational in the 50's when the ad was done

Following, for a travel brochure for UTA Airlines, a French vacation carrier in the South Pacific, two DC-10 renditions.

I liked the color scheme on their planes.

Two Trans International Airline brochure illustrations follow, in a flat color outlined technique....partly the design of the comp....but also due to the large size.

Speaking of airlines....figures, not planes.... we'll include a B&W halftone ad for Pan Am back in the mid 50's. This may have been shown earlier on a CAWS....not sure. 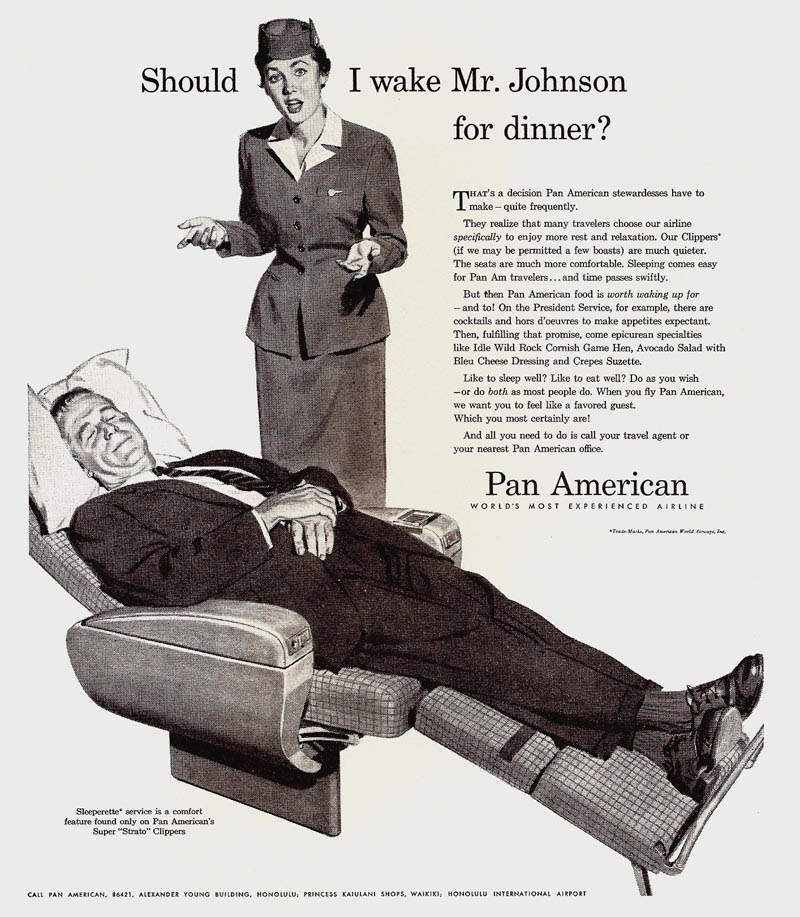 Then a scan of a small comp done in my first year at P&H, just to keep busy. Just two years after military service, the scene was fresh in mind. Our PBY missions often orbited a Navy sub sharing rescue duty, a few miles offshore the targets on Formosa (Taiwan). This shows a TBF instead of a PBY, but the sub was accurate. 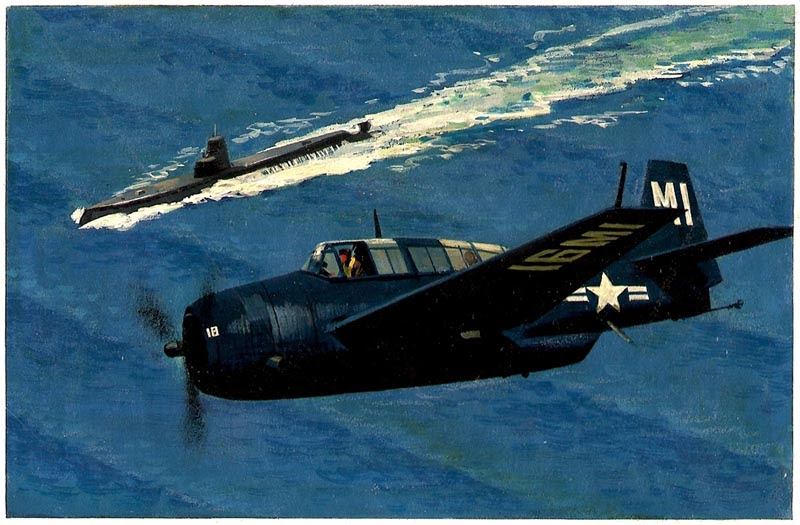 Of personal interest and history I'll include a plastic model of my plane....'taking off' over nearby Mt. Diablo. Please excuse the hasty and shabby retouch of the photo-lamp stand holding it up! 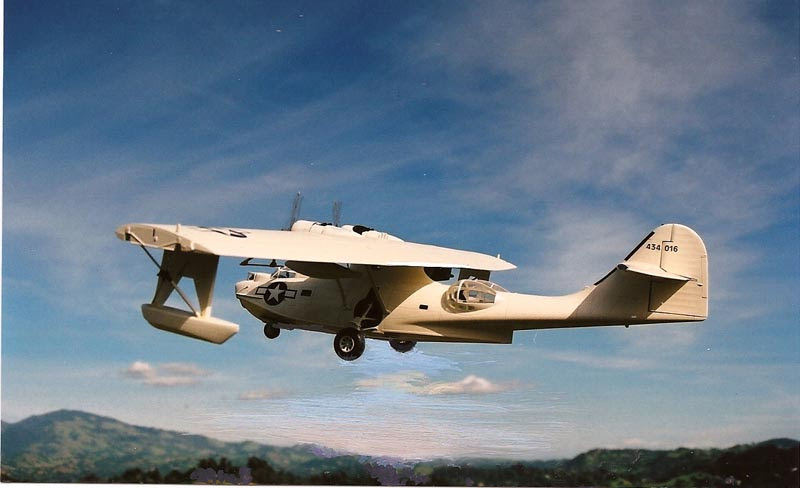 Then the real thing....a photo taken from my plane of a squadron mate on a low level search over the trackless miles of the South China Sea in 1945. 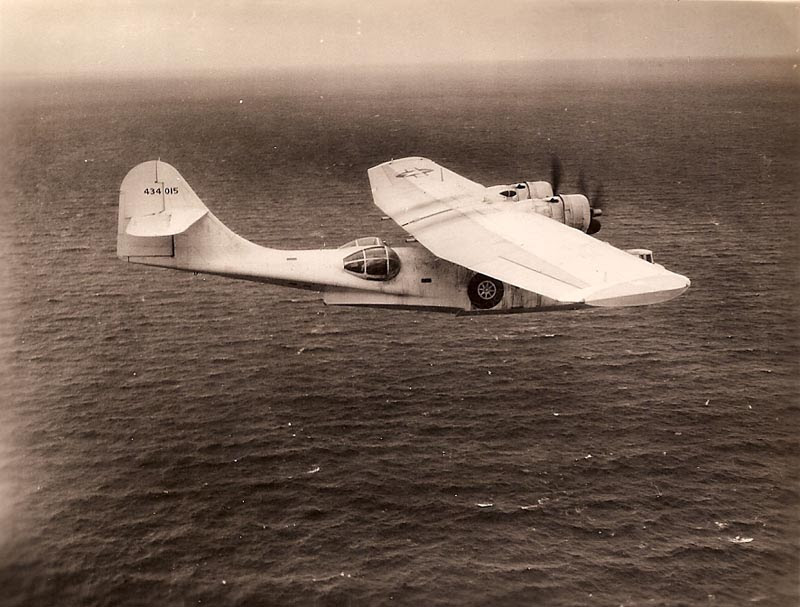 * Charlie Allen's Flickr set.
Posted by leifpeng at 7:08 AM

Wonderful! I'm not only a Charlie Allen fan, I'm an aviation fan, and so are so many of my colleagues in the movie business, so I'm forwarding this on!

Charlie, great stuff. Is there anything you can't illustrate?

Charlie
It's always a pleasure to read your posts, but this is the best. The personal history just adds so much to the work. Do you ever look back and think how fortunate it is to have had such a productive and presumably fulfilling time over the years (tho' it may not have seemed so rosy at the time!)

Per usual....thanks. To Rodge, yes, yes, and yes. And I'm fortunate to be still looking down at the grass!

I've been enjoying your artwork for some time now, but the personal history made this my favorite post so far. Thanks!

Wow! You personally piloted these sea planes, purring through the Pacific skies.
You're an excellent photoshopper...I first took the model for the real thing.
Looking at the Douglas man one can almost hear the reverberating sound of those Pratt&Whitney piston engines. Thumbs up!
Yes, me too I've always liked the UTA color scheme. So many other airlines were constantly changing and renewing their schemes, (they should have hired Charlie) except a few ones, like this one from UTA and of course Alitalia.

This is a stunning find for my family. The PBY that Charlie photographed (tail number 434-015) flying low over the South China Sea was my father's plane. The family has a very similar photo that was taken of 015 (nicknamed "The Angler")...we suppose also taken by Charlie at a slightly different angle. My dad died in 1981, so we can't ask if he remembers Mr. Allen and I learned that Charlie has also passed on. Wish we could get those two together and hear them talk about their rescues. Glad to see this...it's come a s a great surprise.