Mentioned many times here, change is always with us. Oddly, when we are younger, and in this case my middle working years, we're surprised when it happens and affects our lives. The 'Hippie Era' of the 60's and 70's, and its' many iterations, caught most of my generation by surprise. 'Kids....what's the matter with kids today!'....a song from the Broadway show, 'Bye, bye, Birdie', if I remember correctly. Like many, I did my best to ignore the changes....but the cultural effects penetrated the society and certainly the advertising business almost immediately. To look 'hip' and current, illustrators had to change with the times. From the more traditional approach in the first third of my career, the following are a few examples of B&W ads from the 60's and 70's....and my attempts to cope with the new 'mod' ad scene. 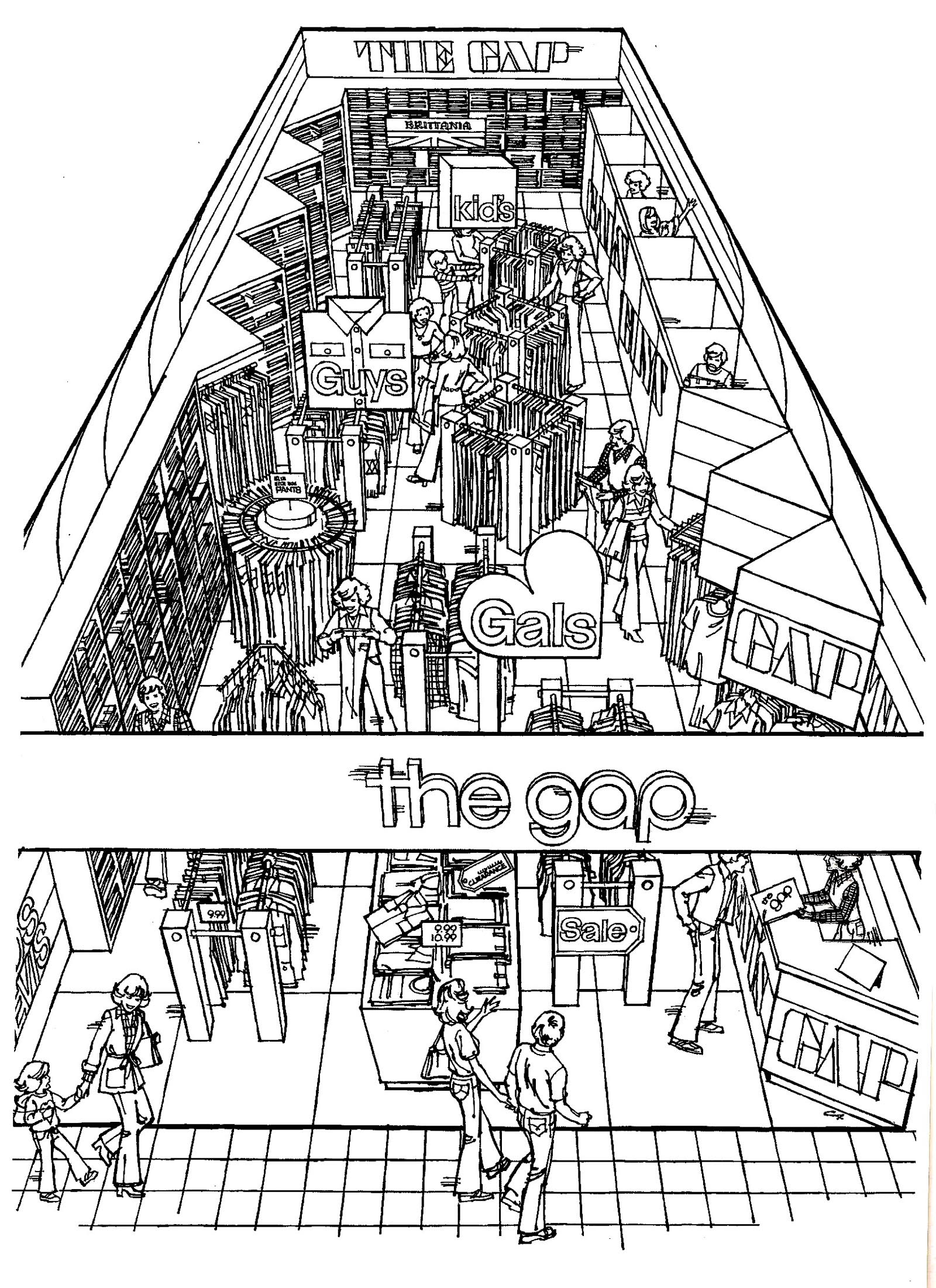 Late 60's or early 70's....and not sure where it was used. I believe the GAP retail chain was started and headquartered in the S.F. bay area....and this was the only ad I recall doing for the company. 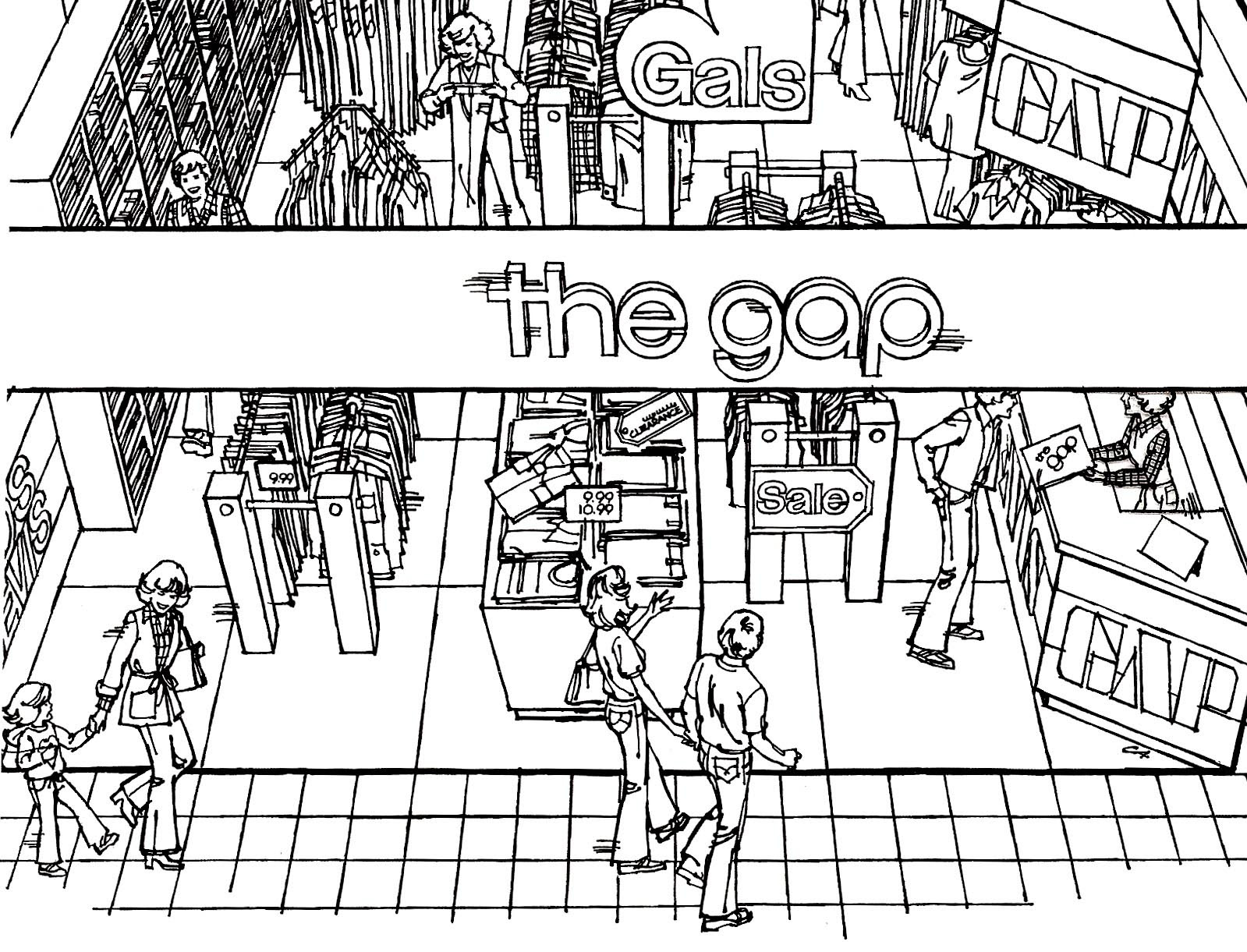 The next six are B&W spots from one full-page newspaper ad for Northstar, a Tahoe vacation and ski resort. 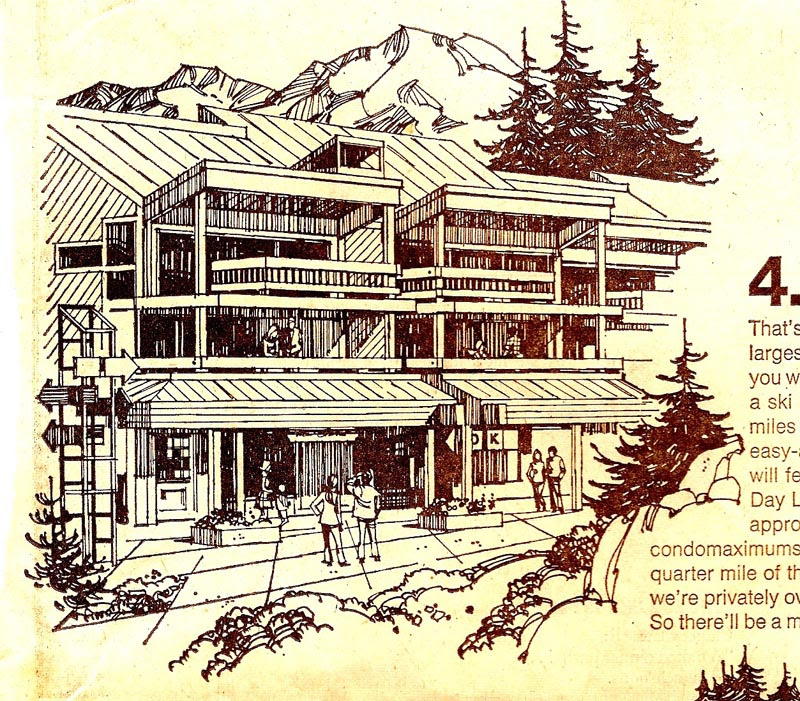 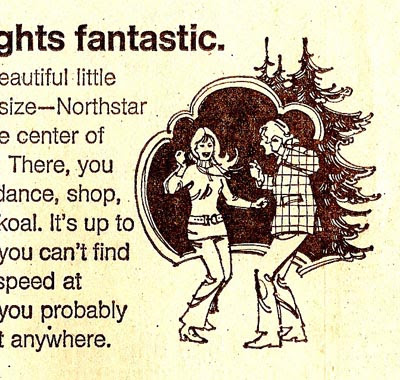 As on many old examples here, these were scanned from a clip or newspaper proof....and the results are a bit shabby. 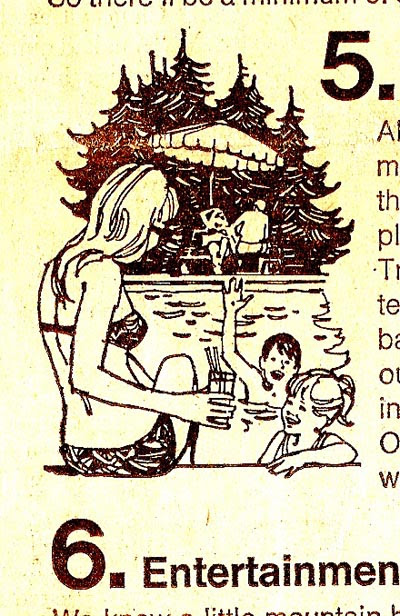 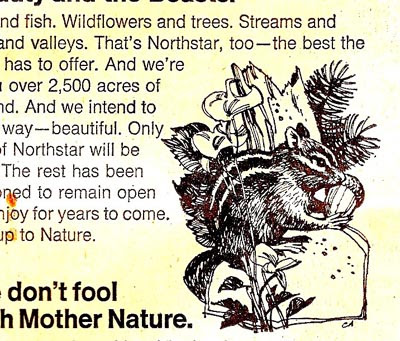 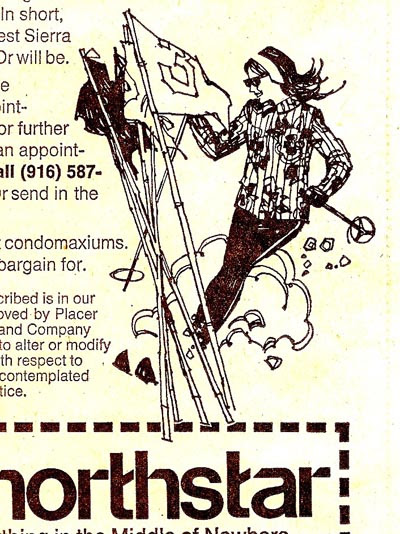 I liked what was then the 'new look' on the small illustrations, however. 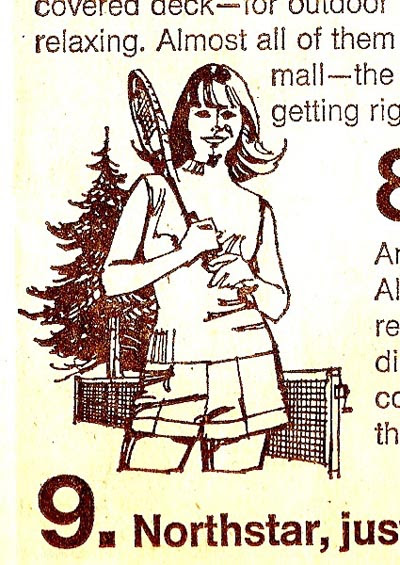 Following is a B&W 1974 calendar for a Marin County country store....'Old Brown's'. It was printed in sepia inks on a beige stock. Not included, the months and days were in two rows below the illustration. Actually, I 'piggybacked' on a comp done by Steve Hall who was too busy at the time on other work. Much younger than I, Steve excelled at more decorative illustration....and what I call the 'mod look'. With a few changes, I pretty much followed his concept. 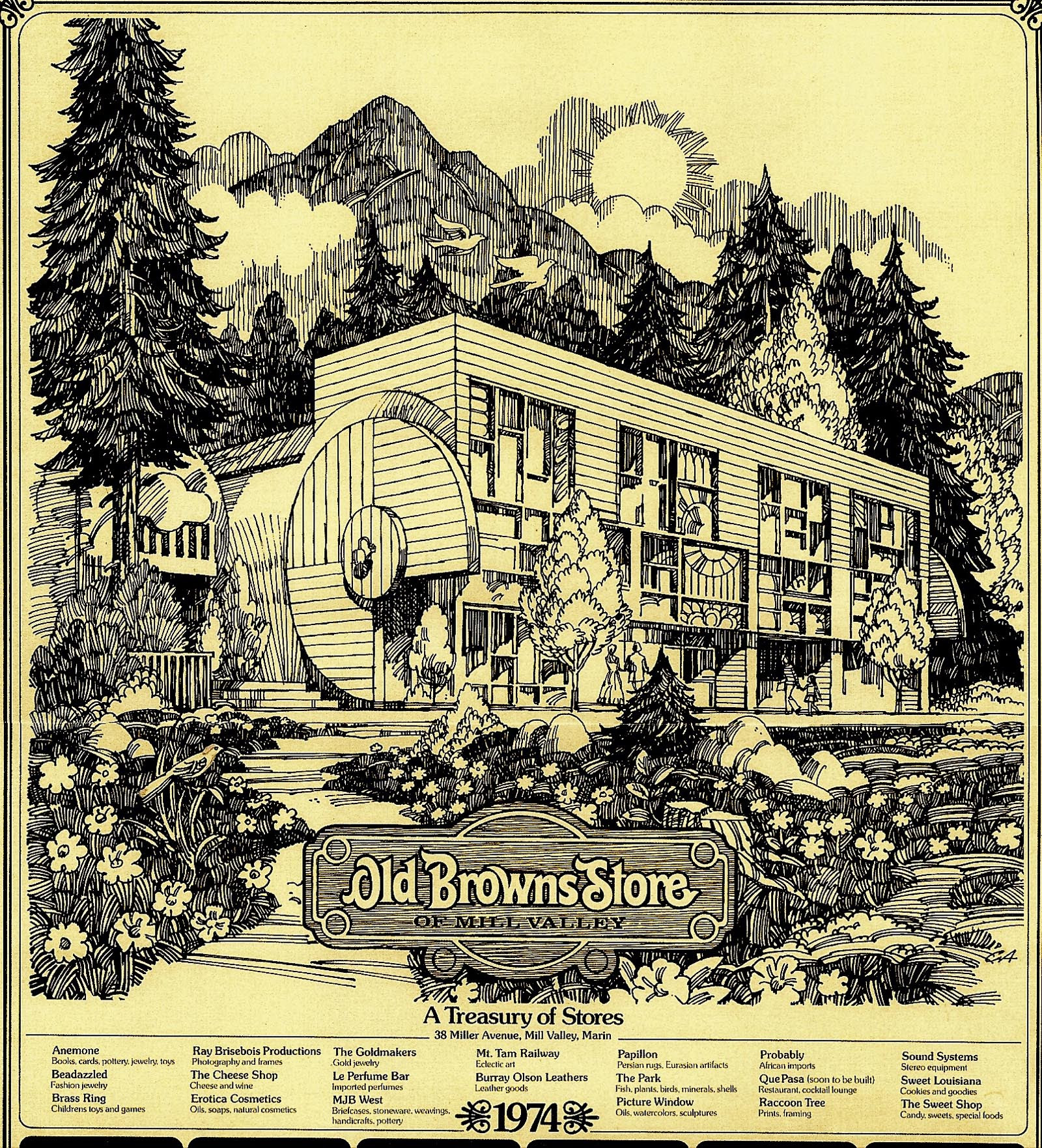 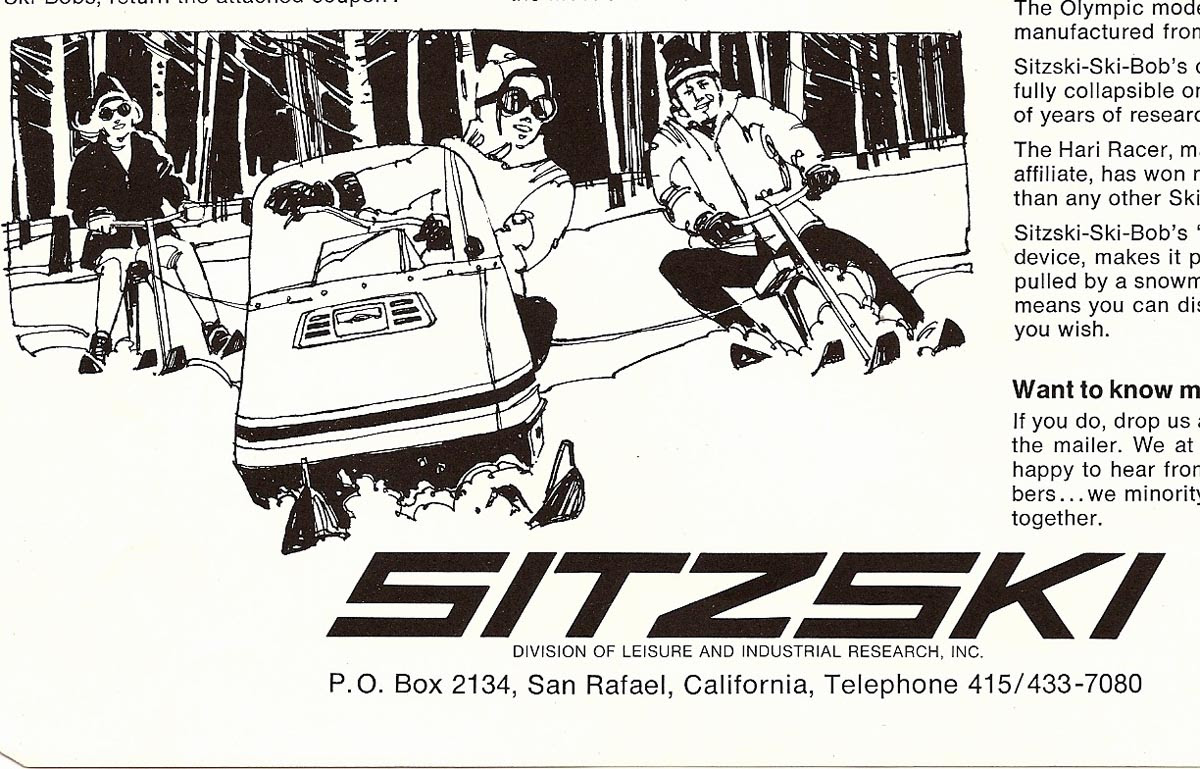 As a recreational skier, and a skiing family as our daughters were growing up, I suspected the Sitzski was a 'loser' when I worked on the ad! 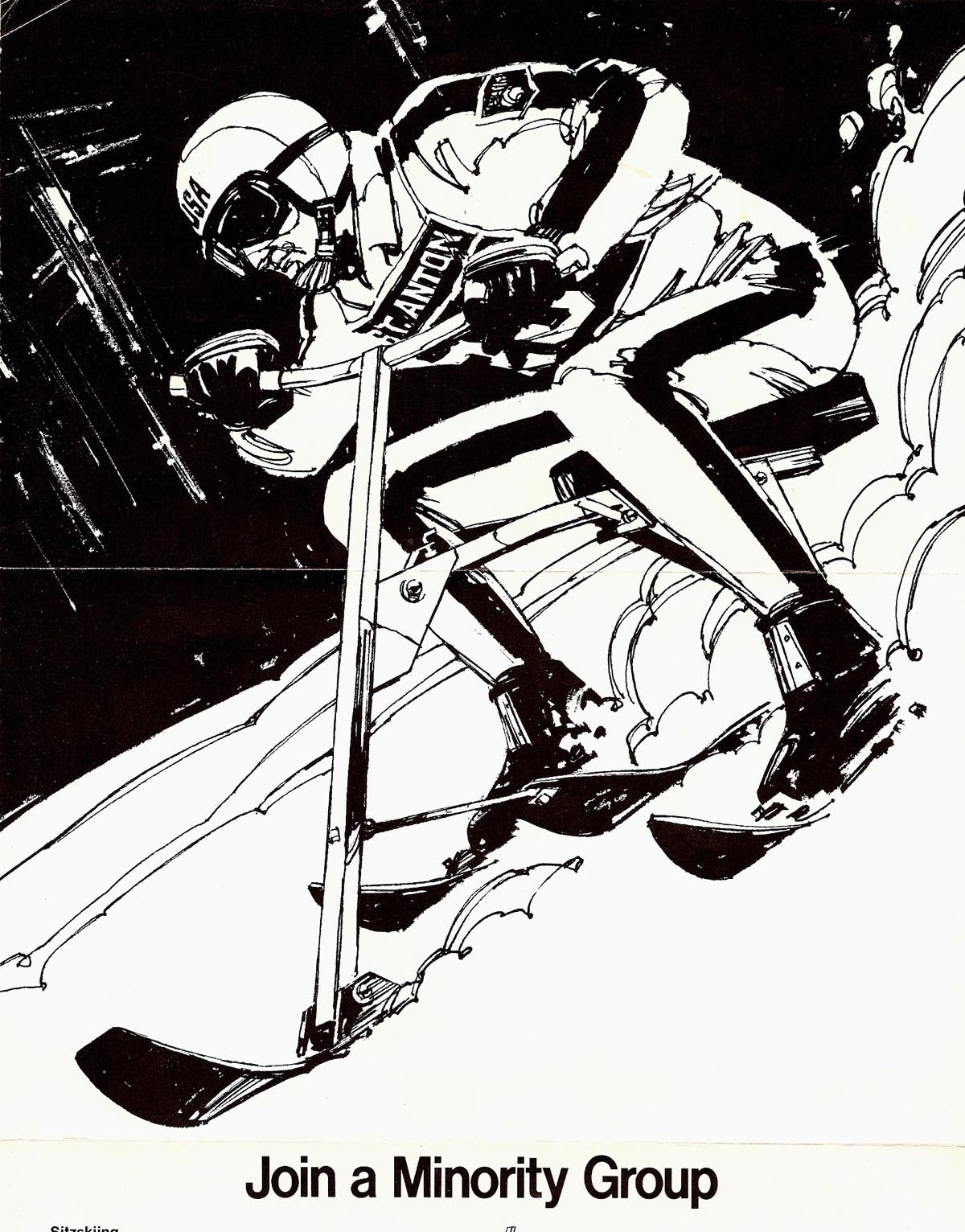 One of the few jobs in my career on which we were 'stiffed' when his operation was declared bankrupt. 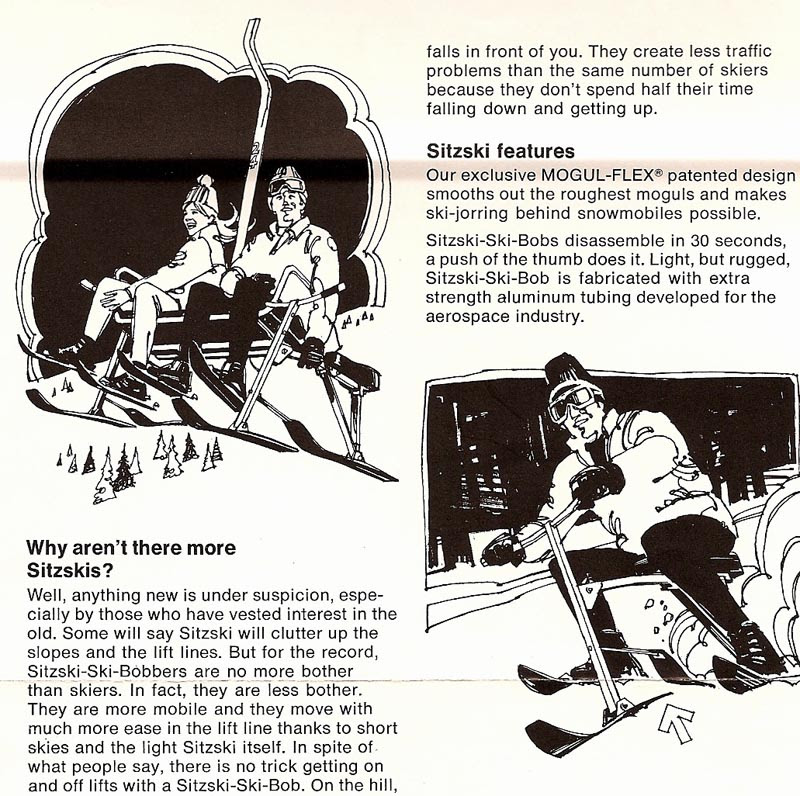 In spite of the no pay, however, I liked the B&W approach on these....and they were fun to work on.

* Charlie Allen's Flickr set
Posted by leifpeng at 9:42 AM

god these are fantastic!

ah, and the lessons of being stiffed - I just went through that, and never again...

They should have been called "shitskis"