'BLACK AND WHITE AND BLUE ALL OVER'

A dim memory cell tells me that was the title of a blues song from way back....I believe Louie Armstrong had a rendition of it....on a CD that's buried somewhere with some other old timers. It only applies to the first ad scan....an engine additive for snowmobiles and skidoos. Can't recall the product, or how the ad was used. This week's CAWS will be mainly B&W ads from a variety of years and clients. And once again, working our way through the 'shrinking inventory'. 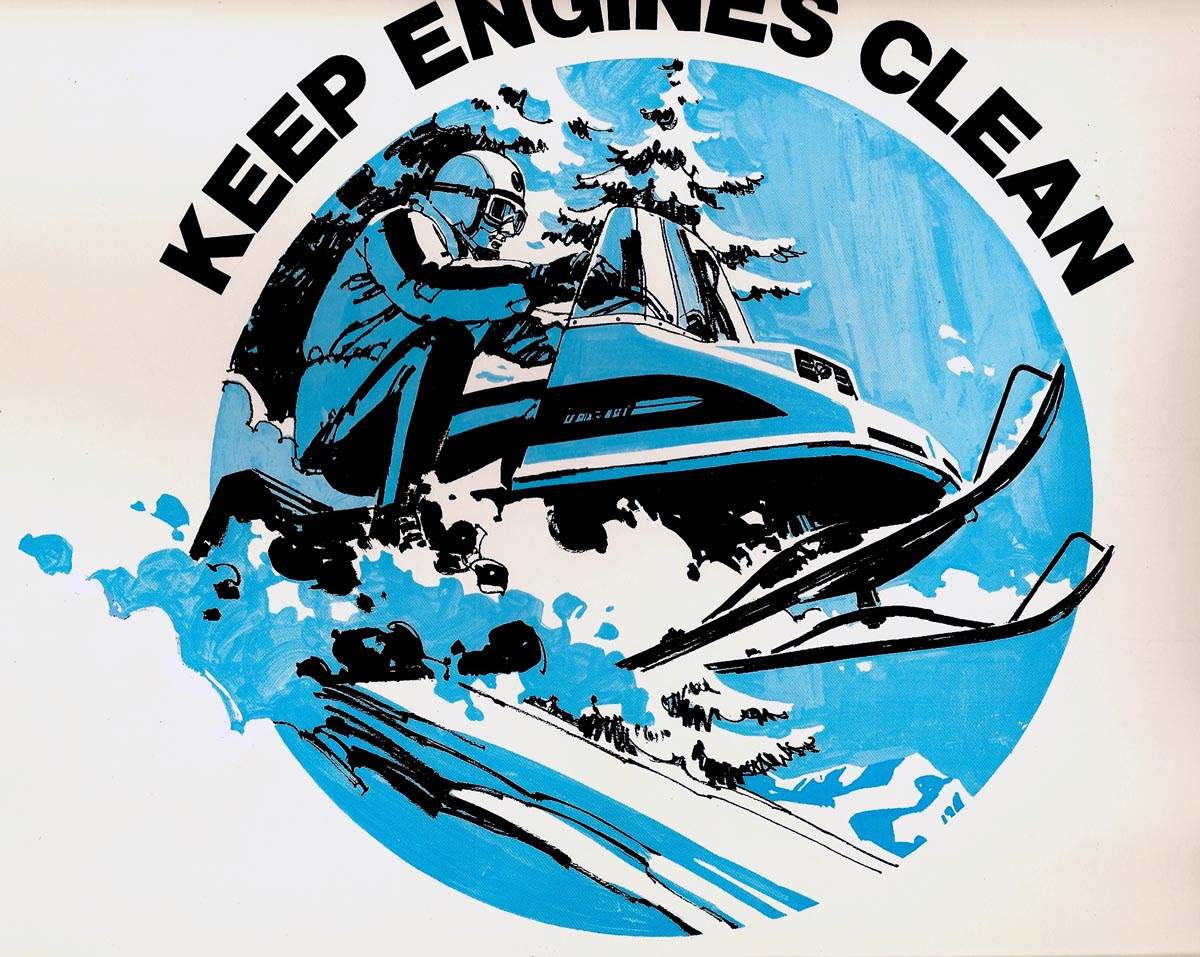 The next scan, a newspaper B&W for Chevron....a gull's eye view of the Golden Gate Bridge. A large ad, so hard to scan....and cropped on the right and lower sides. Done in the mid to late 50's. 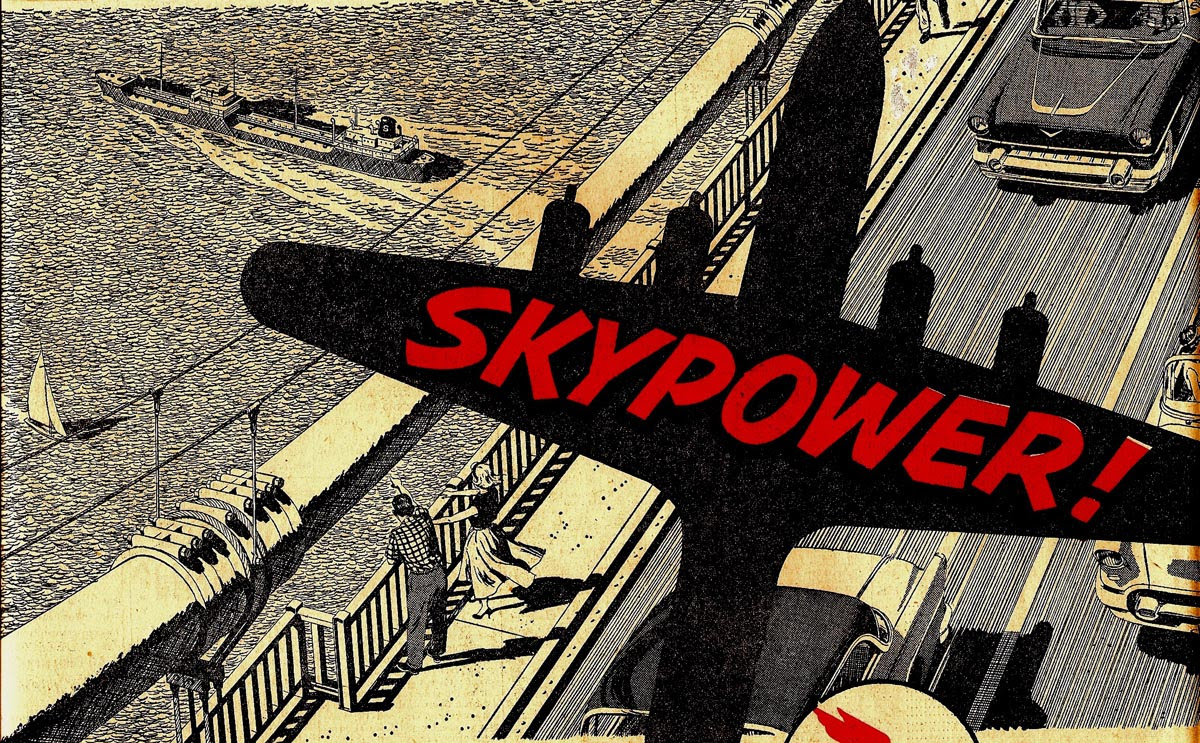 A change-up follows....an ad for the Olympia Beer Co. scheduled for trade or consumer magazine publication with a better quality of paper. The general concept and humor was a spoof of nineteenth century, or turn of the century, steel engraving art and technique. Done sometime in the 60's. 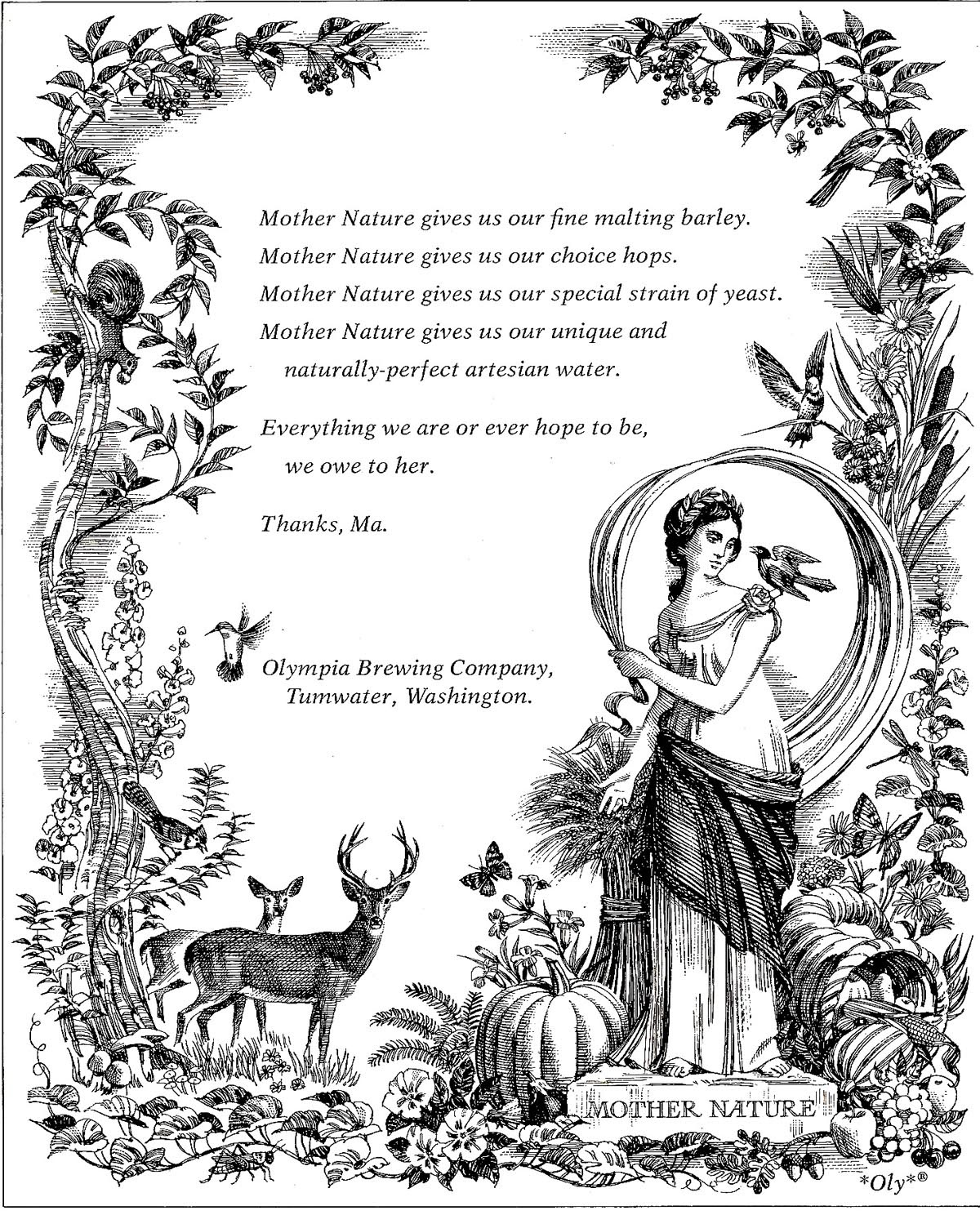 After that, three B&W ads for FMC, a San Jose manufacturer of large motor homes. 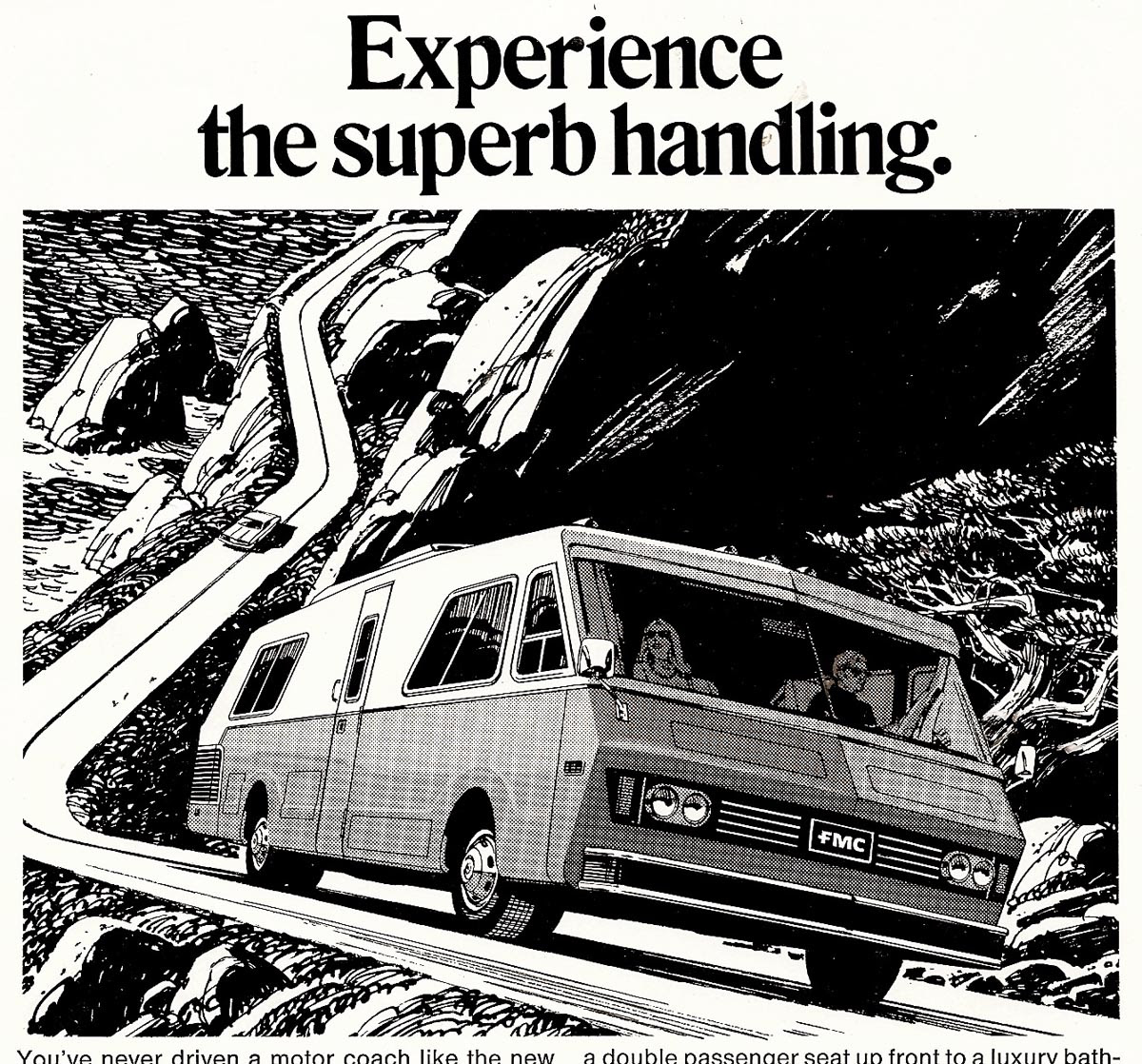 The company was better known for military tanks and vehicles....and like many manufacturers, was converting to civilian products. 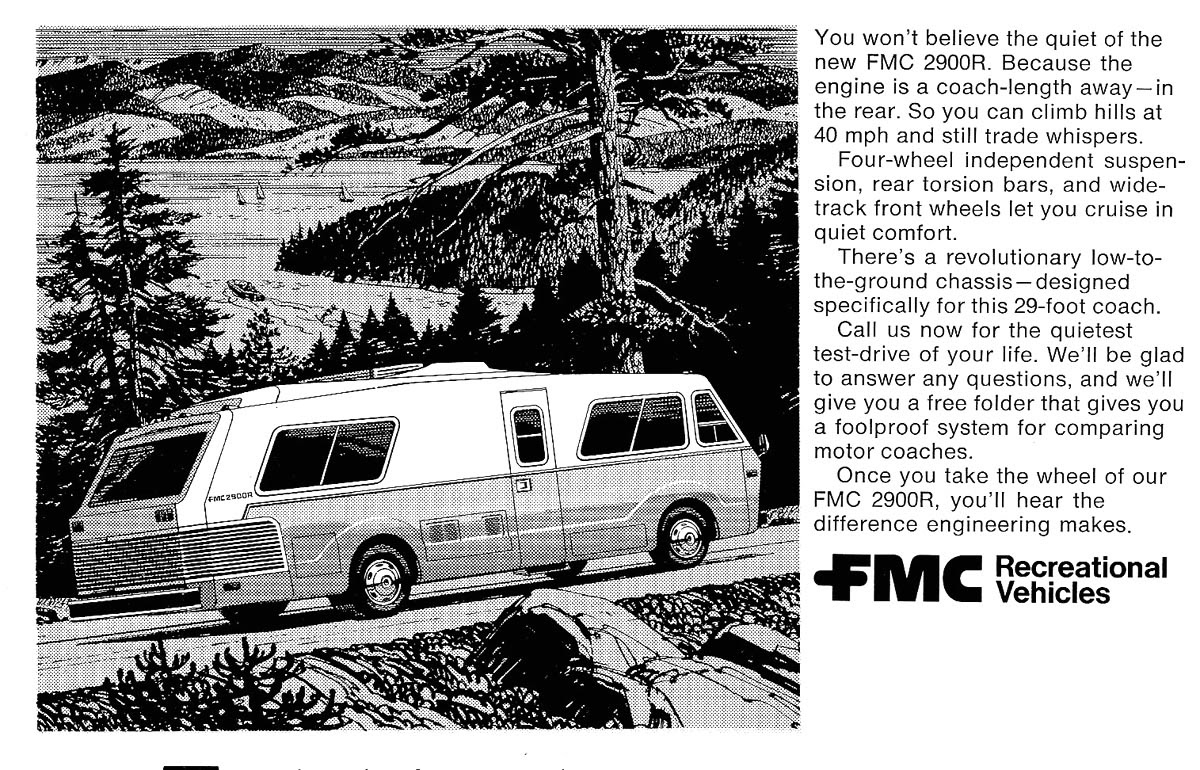 Again, these were destined for trade ads or brochures on better paper than newsprint....and again, done sometime in the 60's. 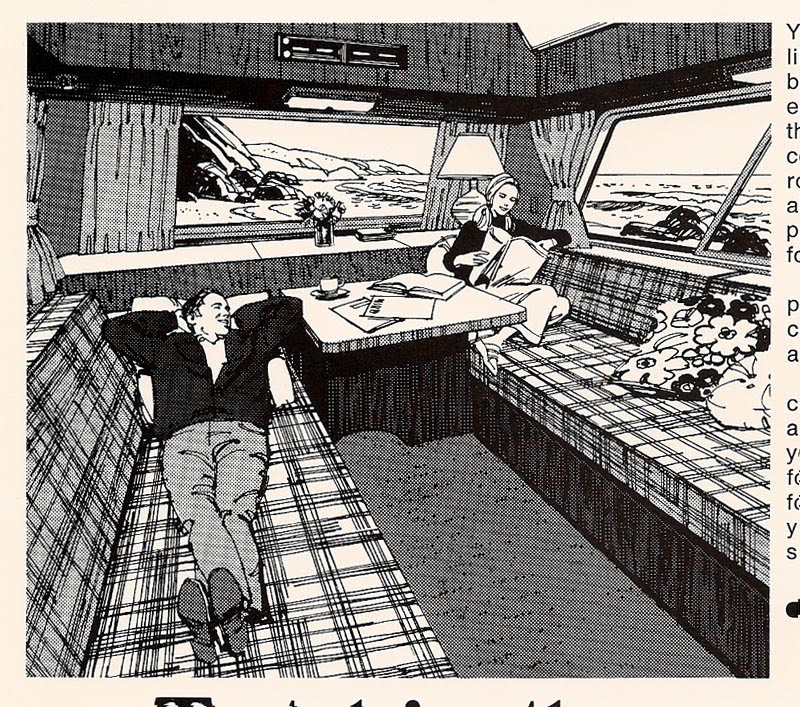 Following are two B&W plus halftone horizontal spots for Mercury autos....various features of the then new Mercury.

Viewers should notice the price in the copy....under $4000! I haven't checked lately, but what can you get for $4000 today....maybe a clunker? Next, a newspaper ad for Chevy....this one from a local agency, Allen/Dorward. For a regional Chevy dealer's promotion, as I recall. Finally, a line B&W for a mattress company....the familiar 'hard bed vs. soft bed' pitch....and I can't remember the brand of mattress. 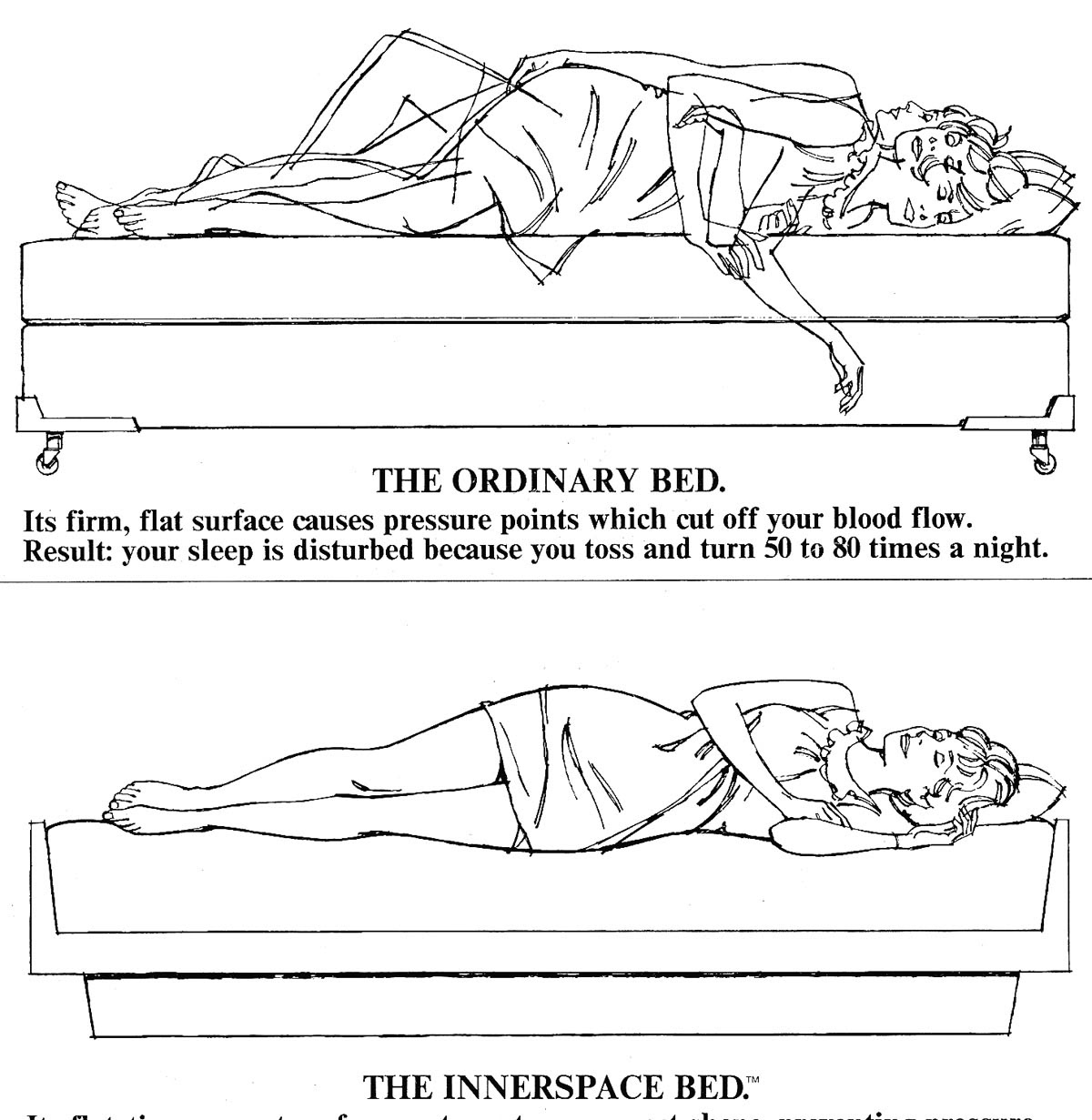 My wife was the 'semi-willing' model for Poloroid shots on this....again done in the 60's.

* Charlie Allen's Flickr set
Posted by leifpeng at 10:42 AM

Charlie, I was about to ask who the good looking model was on the bed, before I read your comment below it. My wife was a reluctant model, because I would ask her to model so many times.. saved time and model expenses, though. Come to think of it, in the long run it probably cost me more to bride her to model. ;-) But, she had the attractive features and the figure for the job. Fortunately, my daughter really enjoyed modeling, even as a little girl. It was a game for her.. didn't have to bribe her, but usually took her out for an ice cream afterwards.

If the job didn't pay a lot, I hated to loose part of that income paying for professional models. Clients never seemed to factor in models as an additional charge when they would come up with a budget.. but if they used a photo instead of an illustration, the photographer would add a separate model fee in the estimate and the client would pay it, usually without a complaint. Never could understand that.

You're right, Tom.....My daughters all posed as kids and teens....no kicks....it was just part of their lives. My wife posed for all requests except one...I had one calendar assignment....a nude. No way! Models were 'expensive' (not by today's standards) but mainly used on better paying jobs. The Poloroid camera saved a whole lot when it came along in the 50's....I'd even set the timer and pose myself....that's when I had to improve my drawing abilities!

Interesting to read both your comments about getting the family to model and juxtapose it against Tony Prohaska's experiences of modeling for his dad, esp. since they coincidentally were both posted on the same day! I've been lucky to have a gorgeous, willing model in Wendy all these years... and as you say, Charlie, the kids never knew otherwise, since they were pressed into service as babies - and ever since. Now as teens they roll their eyes at my occasional request, but hey -- they're teenagers -- every request from a parent is an unacceptable intrusion at that age! ;^)