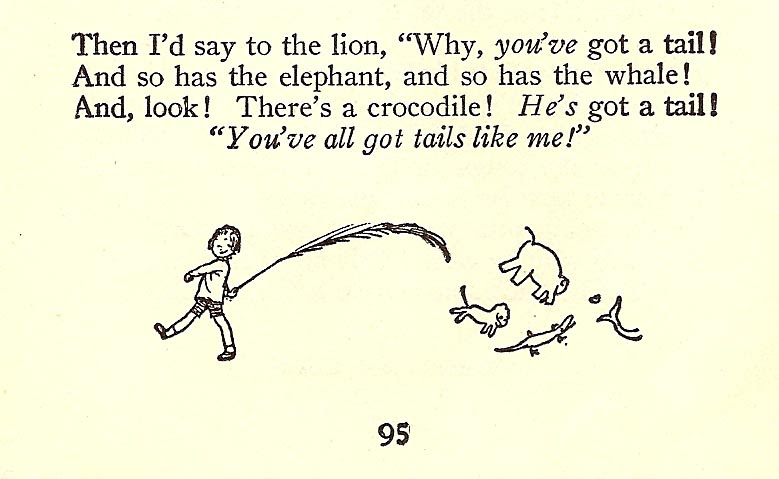 This week's CAWS, which includes four African animal illustrations, offers a chance to quote the well known A.A. Milne and to post a small Ernest H. Shepard illustration or two. Milne, for the few who may not know, was the brilliant children's author from the 1920's who introduced Christopher Robin, Pooh Bear, plus his innumerable friends, to a huge worldwide audience. Ernest Shepard was the equally brilliant illustrator who, with small sketchy line drawings and cartoons, gave the Milne rhymes and stories visual meaning and life. None of the more recent replicas and illustrations for products, videos, and other media have come close to the charm, humor, and creativity of the original Shepard drawings. 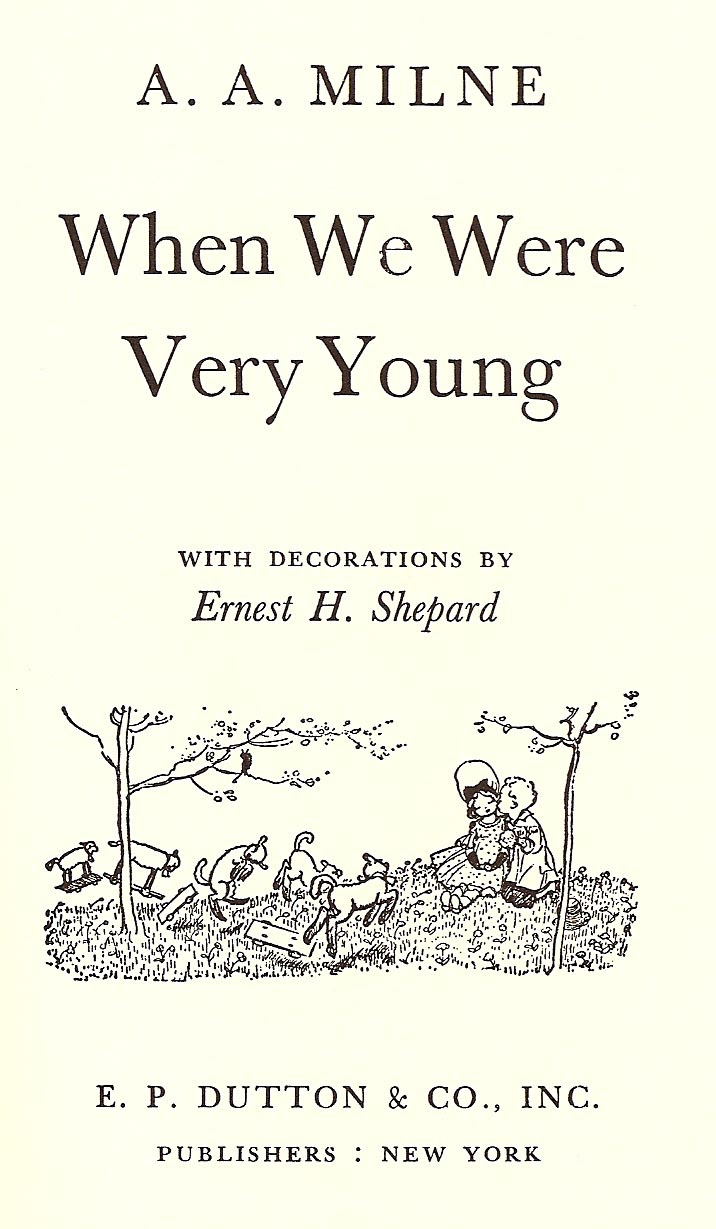 I was lucky enough to grow up at the time, the 1920's, when the Milne series was first published, with a smart and foresighted mother who read them to us at an early age. My admiration for Shepard began then and continues to this day.

We'll move on to the 'would have been' animal prints from the late 60's and early 70's. I have seldom dated work....at the time it seemed unimportant. Today it would be interesting. These were in acrylic and gouache, done in the then current technique (for me) in those years. Once again, they were 'portraits'....and the animals seem just a bit confrontational. 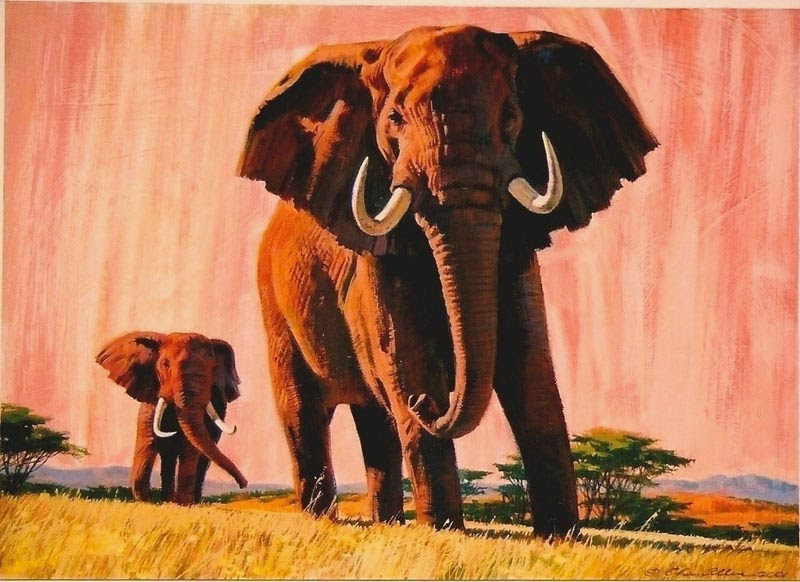 The intent was to engage the viewer....not showing violent hunting action....but alert, on guard, aware. The subjects are a pair of African male elephants, a black rhinoceros, a pair of lions, and a leopard in the twilight. 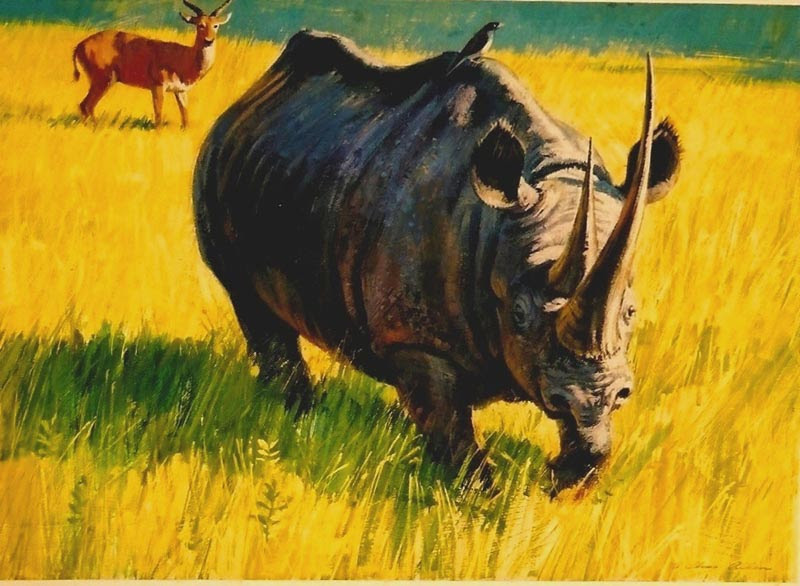 These were painted on gessoed illustration board....and for some reason, the original size on all of the illustrations in the series was 12 3/4 by 17 1/2 inches. 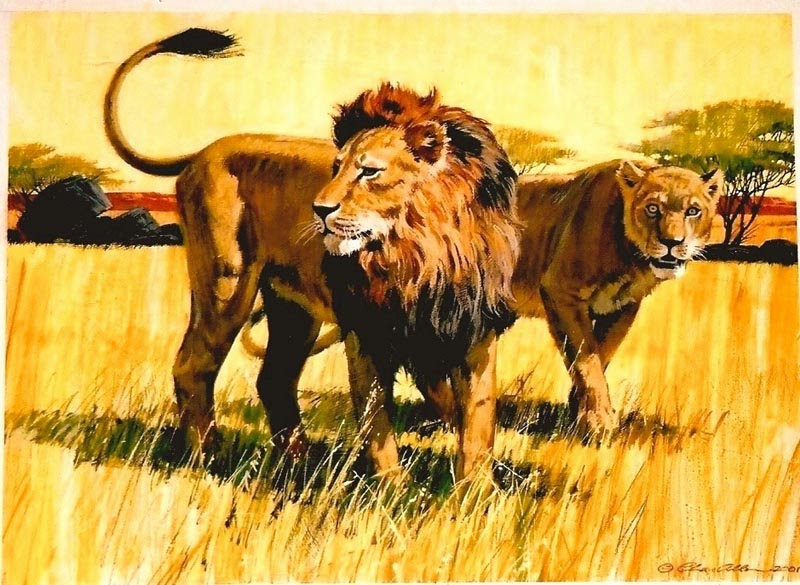 I paired the animals from different reference sources....and the backgrounds and scenes were my concept of African locations. 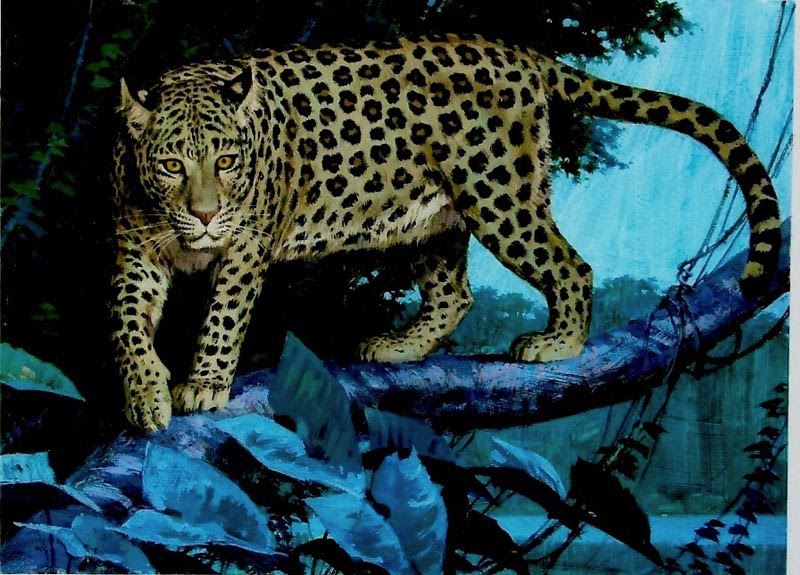 Totally unrelated, but to clear the decks, the start of another subject....an antique race car. It was not finished....the gear shift and brake handles on the near side are missing. As said before, old planes and cars appealed to me as subjects....the other subjects chosen for variety....and I still have no idea of the reception by potential customers. 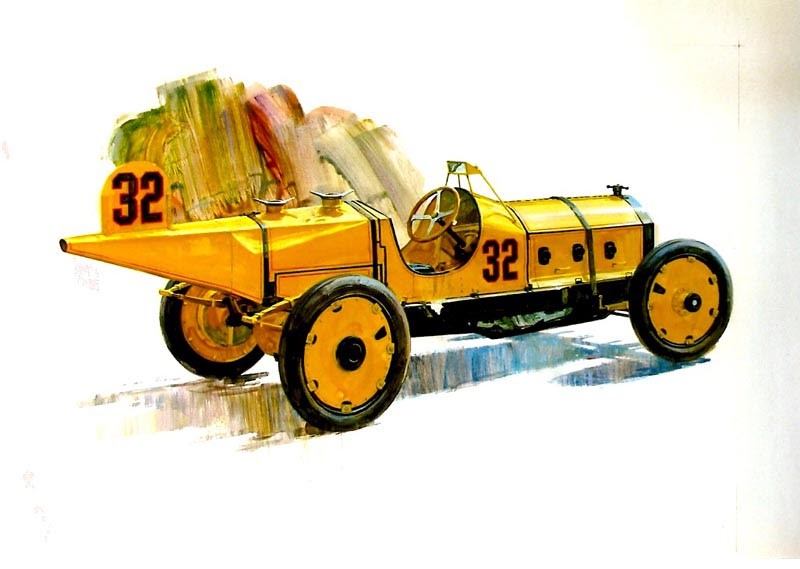 Last, another page from Milne's 'When We Were Very Young'? Why not! 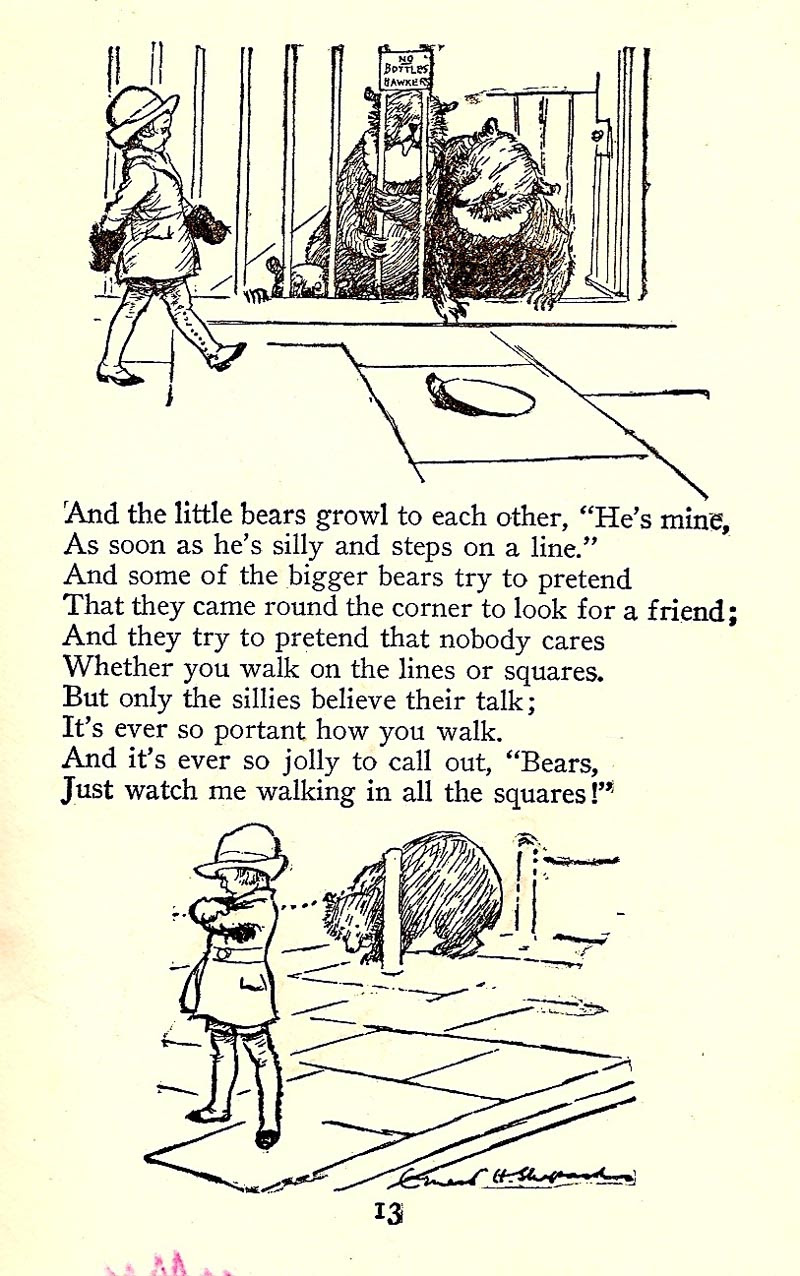 * Charlie Allen's Flickr set.
Posted by leifpeng at 6:31 AM

Charlie, beautifully rendered animals and antique car, as usual. They have a lot of clarity and "punch", which is typical of your illustrations.. nothing mushy or confusing. The children's book illustrations brought to mind when I was asked if I could convincingly illustrate in the same style as Beatrice Potter, the famous English writer of Peter Rabbit fame.. for a software learning program for children. It was a slow period, so I did a couple of samples at their request. It was a real stretch for me, but out of many other illustrators competing for the assignment, they chose me. I spent over a year doing dozens of illustrations of Peter Rabbit and other Potter characters, farm stuff and various backgrounds, in her pen and ink line and watercolor style. The A.D. told me that I was the only illustrator outside of the U.K., that that was approved and certified to do Beatrice Potter.. legally. I had to sign a contract that I would only do Beatrice Potter illustrations for the software company that contracted me. Beatrice Potter novels and characters, etc., is a profitable enterprise in the U.K., carefully protected by lawyers.

Thanks, Tom....and a fascinating story about the Beatrice Potter illustrations. Also a favorite of our daughters, as well as us, when they were young. I'll have to get a scan of a portrait of our oldest daughter with some of her best story book illos. Too bad you couldn't keep on with that assignment....sounds like a winner. Please post an example or two! Thanks again. Speaking of careful protection by lawyers, I'd like to show more on the old great illustrators....but keep wondering about copyrights, etc. At least we're not in it for profit!

Hi Charlie,
I found your blog via Leif Peng and enjoy looking in every now and then.
I too love the AA Milne poems and equally love Ernest Shepard's art work. They are a joy!