Despite the almost endless natural and unnatural afflictions that occur in California.....fires, winter floods, chronic water shortages, occasional major earthquakes, over-crowded cities and freeways....this state was, and still is, a mega agricultural and food producer. The CAWS will focus on food ads this week....not for the last time! 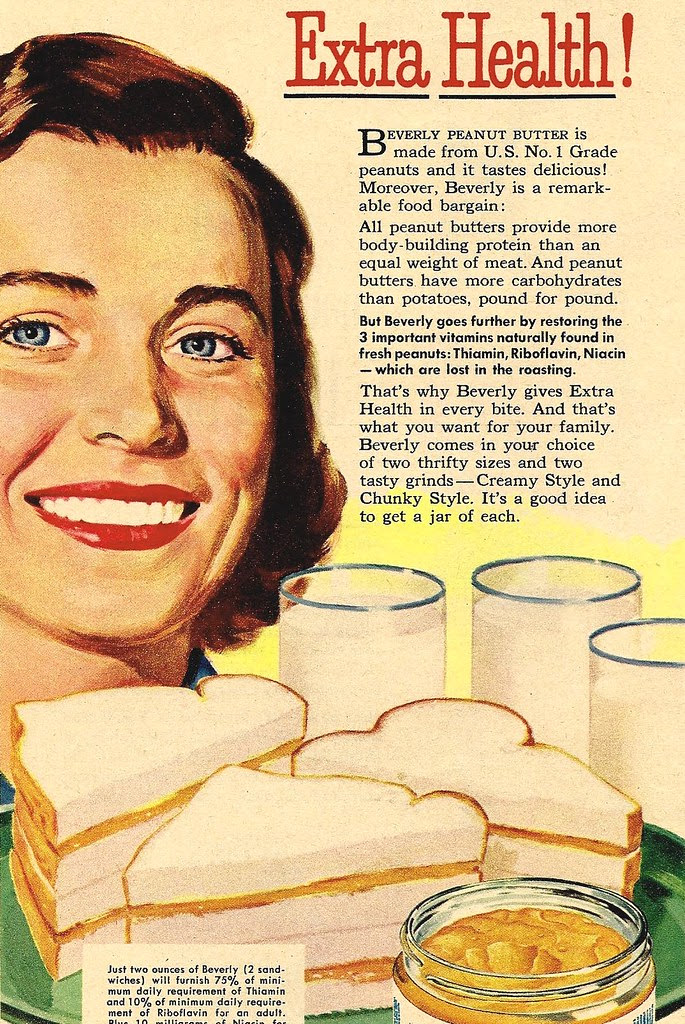 San Francisco had it's share of large food and beverage corporations, and their ad agencies. I'll start with Safeway, the giant food retailer, based across the bay in Oakland.

Safeway has, and had, a bunch of 'house brands'....and this example below was one of the 'Bel Aire' frozen foods ads from the mid 50's. Working from the ad agency's rough layout, I asked the age of the kids sipping lemonade. The Safeway ad manager over in Oakland said...'about 13'. Luckily, my wife taught a junior high Sunday school class....and she recruited two charming 13 year-olds to model. I took the photos separately...easier to pose and better lighting. 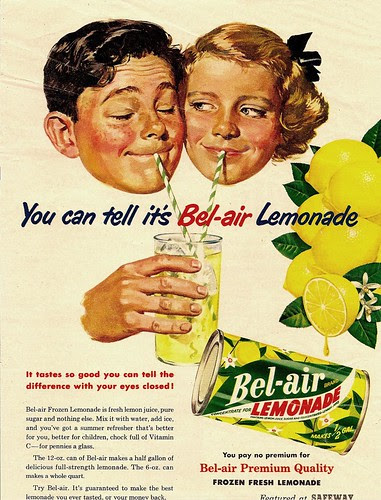 When the job was delivered, the Safeway ad manager complained that the kids were 'too old!' When all the facts were relayed....now, get ready for a 'small world' classic....it turned out he belonged to the same large suburban church that we did....and, he was the current head of the Sunday school department! Suddenly, the illustration got a whole lot better! Another sign of approval.....I received several more Safeway ads that year....examples, the two 'peanut butter moms' included at top and below. 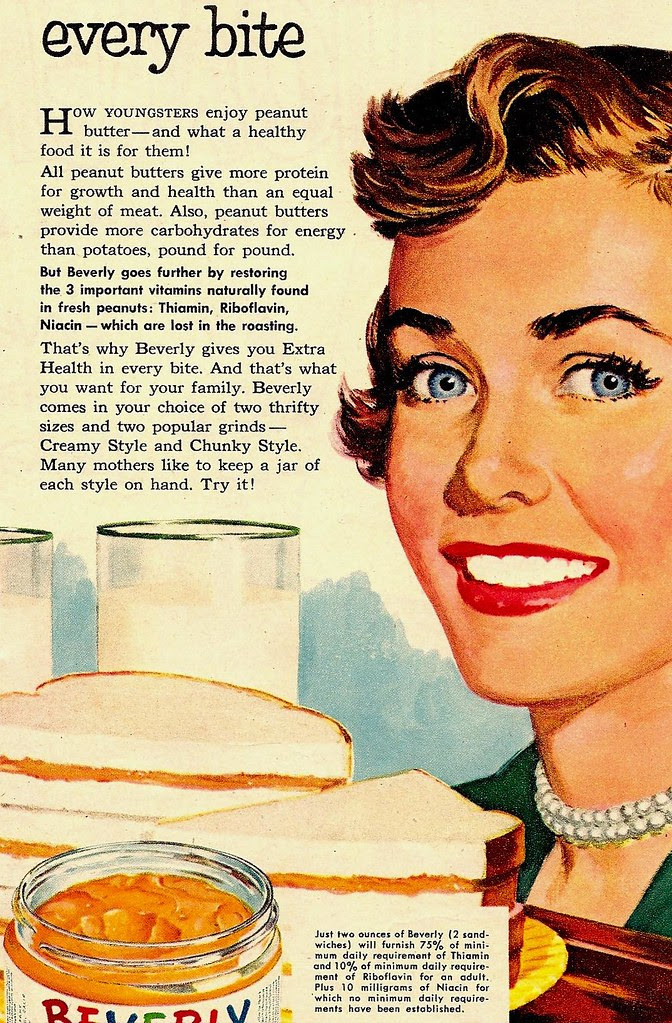 Del Monte was one of the major food producers located in San Francisco....and a prolific ad producer as well. 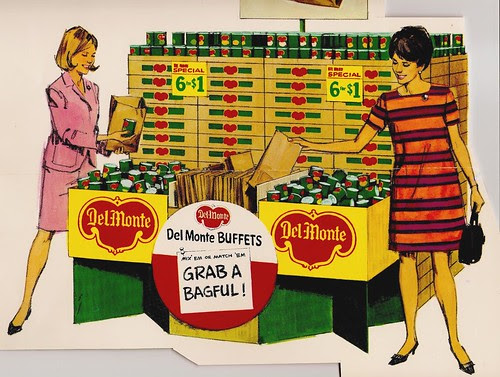 Most were 'trade ads', not all that popular with the illustrators. Main reason, most portrayed scads of Del Monte cans and their infamous logo....called 'the Bug'. A couple of examples here....the cans and the box ends and all the lettering involved the Bug, and had to be illustrated. 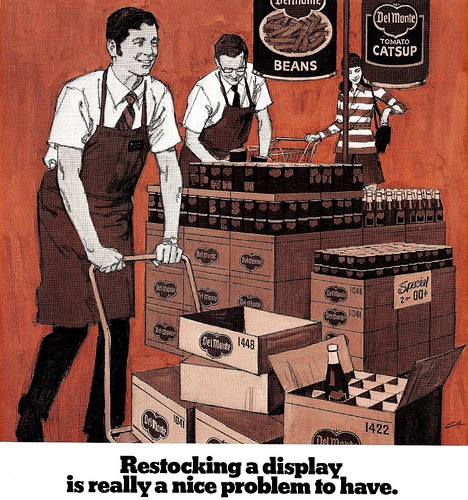 Not my favorite way to spend a work day!

Be sure to check out the large size versions of these pieces in Charlie Allen's Flickr set.
Posted by leifpeng at 6:54 AM

I remember doing those bloody Del Monte cans for both comps and illustrations... what a night mare. They even wanted them spelled out on their comprehensive layouts! I felt more like a lettering artist than an illustrator, but they did pay well.
I nearly missed a deadline because everything was finished except for an end isle display of boxes and cans. At least the Dole Pineapple logos went much faster.

In spite of what some people thought, being an illustrator was not all fun and games, but with your talent Charlie, you sure made it look that way.

Man, that is a LOT of white bread! Isn't she worried about the glycemic index?!

But it's charming. Illustrations of food are my weakness. I'm pretty sure if the second woman down, with the necklace, were to offer me those tasty wonder-slices, I'd be more than happy to overlook my health concerns. She is quite lovely.