Illustration & Cartooning: "Joined at the hip"

The CAWS will detour a bit... and hop-scotch over a few decades. Maybe a sort of 'the head of a pin' discussion... that I've had with Leif in recent months. Subject, illustration vs. cartooning. 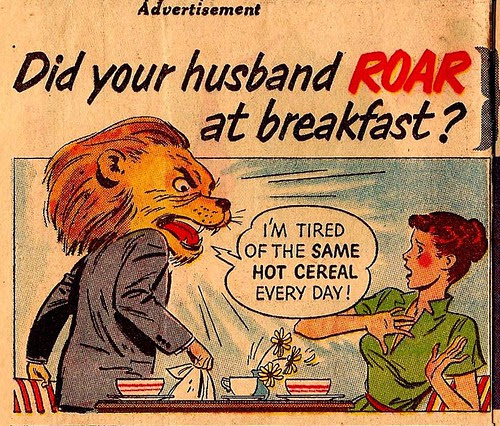 My feeling, they're joined at the hip, or very close relatives. Both use exaggeration, distortion, humor, drama, emotion....the gamut of real life experiences, in a graphic form. The interpretations of these are endlessly varied, as are the creative artists who produce them. Cartoonists use realism, and illustrators use cartooning. Hal Foster and Milton Caniff were really B&W illustrators. Norman Rockwell often cartooned his figures on a Post cover. Think back to the marvelous characters created by N.C. Wyeth in 'Treasure Island'. He created them from his skill and imagination. Were they illustration, or were they cartooned....or both? 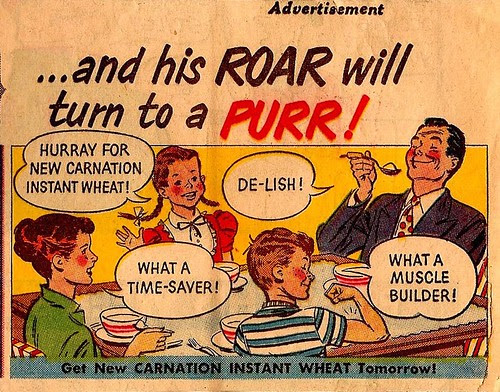 Fortunately, I could swing both ways, although San Francisco was not not a large source for cartooning. I'll include four scans on this... the first a comic section ad for Carnation (above), done in the 50's. Drawing, no models.

...I used models, including the Mastiff, on all three....but the expressions were cartooned. The third was a Gallo P.O.S. store poster from the 70's... 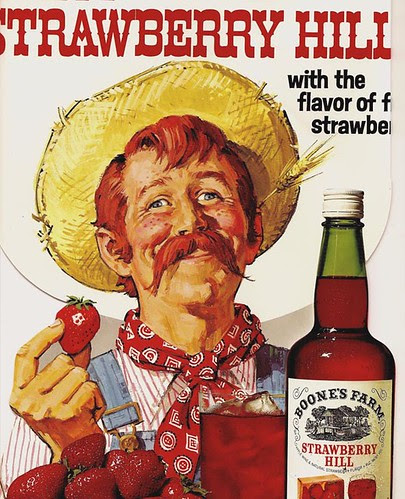 ...no model for the hayseed character. I'll call it illustrative cartooning.

The last were a couple of safety poster comps, done in the 70's, for a mid-west client. They were silk screened in three colors and illuminated, for factory locations. 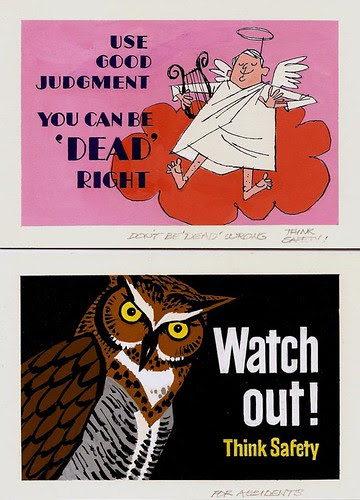 Notice the client changed my captions... but the designs were OK. Cartoons or illustrations?

* Check out Charlie's Flickr set for the full size versions of these (and many other) illustrations.
Posted by leifpeng at 6:07 AM

Very interesting subject: Where do illustrations end and comics start?
I find it difficult to lock them up into such clear cut separate drawers.
Must be the "hip-joint" Charlie's taliking about...
That tooth-ache-mastiff is a prime example. How realistic he looks and alive. At the same time, in real life you will probably look out in vain for such a dog's expression. It's just too far out, it's comic! A realistic comic or a comic realisation...whatever it may be - well executed it is!

By the way, Charlie, I like your hands, all of them and how you render them.

Charlie, I think a literally trained illustrator had an easier time converting to a cartoon treatment than the other way around. I knew guys that did great cartoon illustrations, but struggled with, or just couldn't do anything that was purely realistic or literal. I know there are always exceptions to the rule, but that was just my experience. I agree that literal, cartoon or in between, they are all illustration. It's really about personal preference, IMO.

Must comment.... Hands have been mentioned a couple of times. I never have thought about it...separately that is. I had feedback (second hand, no pun!) from BBD&O early on....the gist, my foreground figures were OK, but I sluffed on the background figures. That hurt...and on examination, whoever said it was right! I suppose it's a matter of discipline and paying attention. The smallest goofs are there, for all to see. By the way, no cloth or toothache on the posed Mastiff....but could he drool! My camera and I both suffered when he shook.

To me cartoons & captions usually go together. The words are important too.
To a cartoonist I knew life was a cartoon, and he observed things that way.
An illustrator can use a cartoon style, but not always the zany inspiration.

Harald has a point...
sometimes I come across a badly drawn amateur cartoon, in some special periodical or wherever. Someone had an idea. He tries to render it. The drawing is plainly awkward. But the caption...the caption saves the whole thing. In spite of the horrenduous drawing the picture and the caption make me laugh.

Vice versa a plain illustration would be just beyond such an amateur's scope. It needs a Charlie to present us a captionless Tooth-Ache-Dog.

Which may lead to the question: does a caption need any illustration at all?