"To put it mildly, I sweated bullets"

First of 'the CAWS'. Both these were 'breakthrough' jobs.

The B&W was done in 1949, about a year after I arrived. Standard Oil had not even become Chevron at that time. 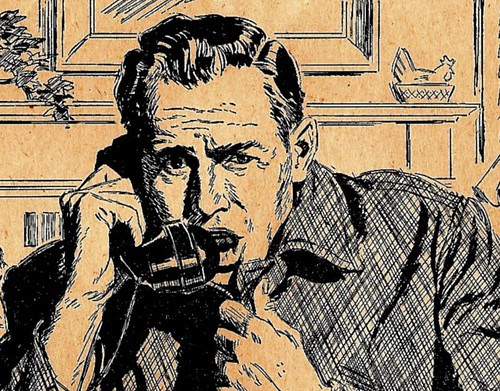 I still recall Chet Patterson coming in, chortling over the job, having sold Zim (Carleton Zimmer, head AD at BBD&O) on trying his new young artist on an important, first line, newspaper ad. Chet knew he had Bomberger, Galli, and Haines Hall to back up... 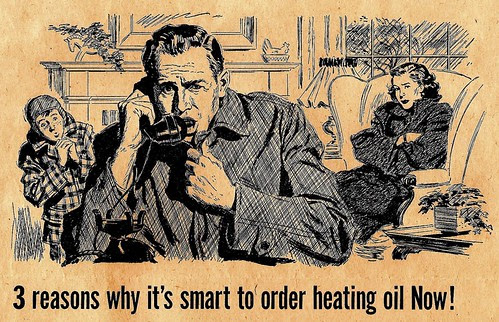 ...and his zeal and benevolence was motivated by more than advancing my young career. I was still on a modest salary....the others would take a much larger chunk of the profit! Chet's admonition, 'Don't screw it up, Charlie' wasn't all that much help... but I knew it was a major step up. I also recall saying, 'Hey, I'll need models and good reference shots'. It was the first time I could request 'first cabin' treatment as a young artist!

The same story pretty much applied to the billboard job, which came along about the same time. I don't recall the agency involved. 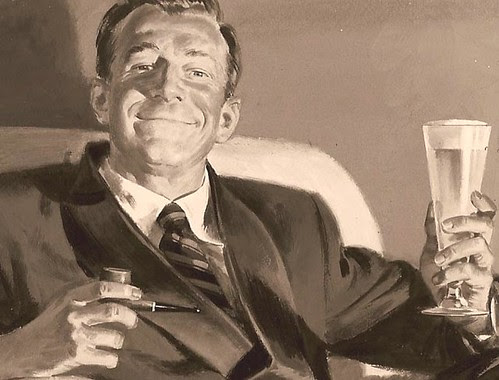 To put it mildly, I sweated bullets on both assignments....remember planning them in my sleep! I really didn't have the background experience for these....but just gave them my best at the time.

Enough history.....these scans won't always have a long song and dance with them!
Posted by leifpeng at 4:28 PM

Thanks for sharing these great stories, Charlie. Can't wait to hear more about your adventures.

thanks. this is going to be great!

What a great introduction! I'm looking forward to reading more and doing my part to lend support for the 'c.a.w.s.'

I couldn't be happier about the creation of your blog Charlie! Thanks for sharing that story and I look forward to more tremendous art and adventures (And by the way, I still go to sleep thinking about the various steps of how I plan on executing a piece of art when I wake up in the morning)!

Nice to have a legend in our presence.

Great to have you blogging. Don't feel you have to cut back on the words. The more anecdotes the better.

And the bigger scans the better as well!

Very excited about your new blog.

Congratulations Charlie, I look forward to your posts each week. I have a special interest from working in the S.F. illustration market for so many years, and have admired your work from the beginning. Thanks to Leif, we can enjoy even more of your work and comments.

You go Charlie. I feel a little sense of pride, knowing I helped connect you and Leif. Now you can share these stories with the world.

I remember interviewing Charlie, and he would often chortle and say "no one is interested in these old stories, and illustrations". How wrong you were!

The blissed-out Rainier man could be me, other than the pipe and necktie. Lovely images all.

Good for you, I have enjoyed reading what you have written in Leif's blog.
I look forward to seeing more of your work and stories.

How cool that you've got a blog going! Can't wait to read your stories.

Great, great stuff. I can't wait to see more and hear more about them! I can't draw worth a darn, but am so captivated my middle of the century ad illustration!!

Cheers Charlie!
The man with the beer looks quite happy - what a nice opener for your blog.
Better by taste!
That applies to your work as well.

What a lovely introduction! Adding your blog to my favourites and wish you a nice summer!

WOW....very cool! I will be eagerly awaiting the next post. Thanks.

Count me as one more fan looking forward to reading your anecdotes and looking at your wonderful illustrations.

Thanks for sharing your amazing talent Charlie, what a treat!

You're an idol of mine, Charlie. Thanks so much for sharing your work and processes with us.

Amazing blog! plus amazing ad!... can i used it in my school project about 1900's Advertisement? thanks before!