The CAWS has already posted scads of montages....and these should be the last of that genre. Genre....montage...collage....how many French words we use in the English language every day. Had an omelette for breakfast, a baguette for lunch, a croissant with coffee. Almost everything about an airplane is French....aviator to begin with....fuselage, empennage, aileron, canard (forward horizontal stabilizer as on my homebuilt). Enough wandering here! Montages were around when I produced illustrations for our high school year book in my junior year (they were not good!). Those yearly epic productions always included photo montages of students hamming it up at sports events, rallies, dances, or even posing for local ads. For some reason on the west coast, montages became a 60's and 70's fad once again....and I certainly contributed my share. I don't think eastern illustrators in the same years experienced the trend to the same degree. 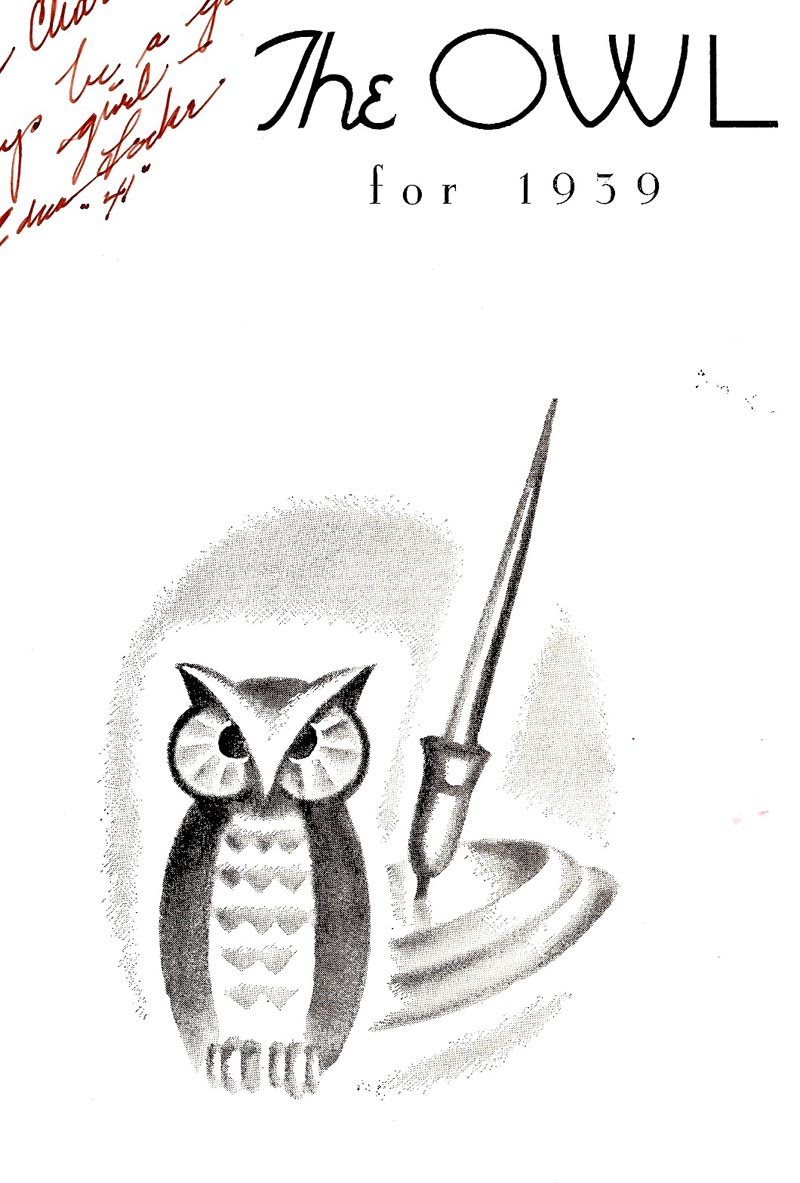 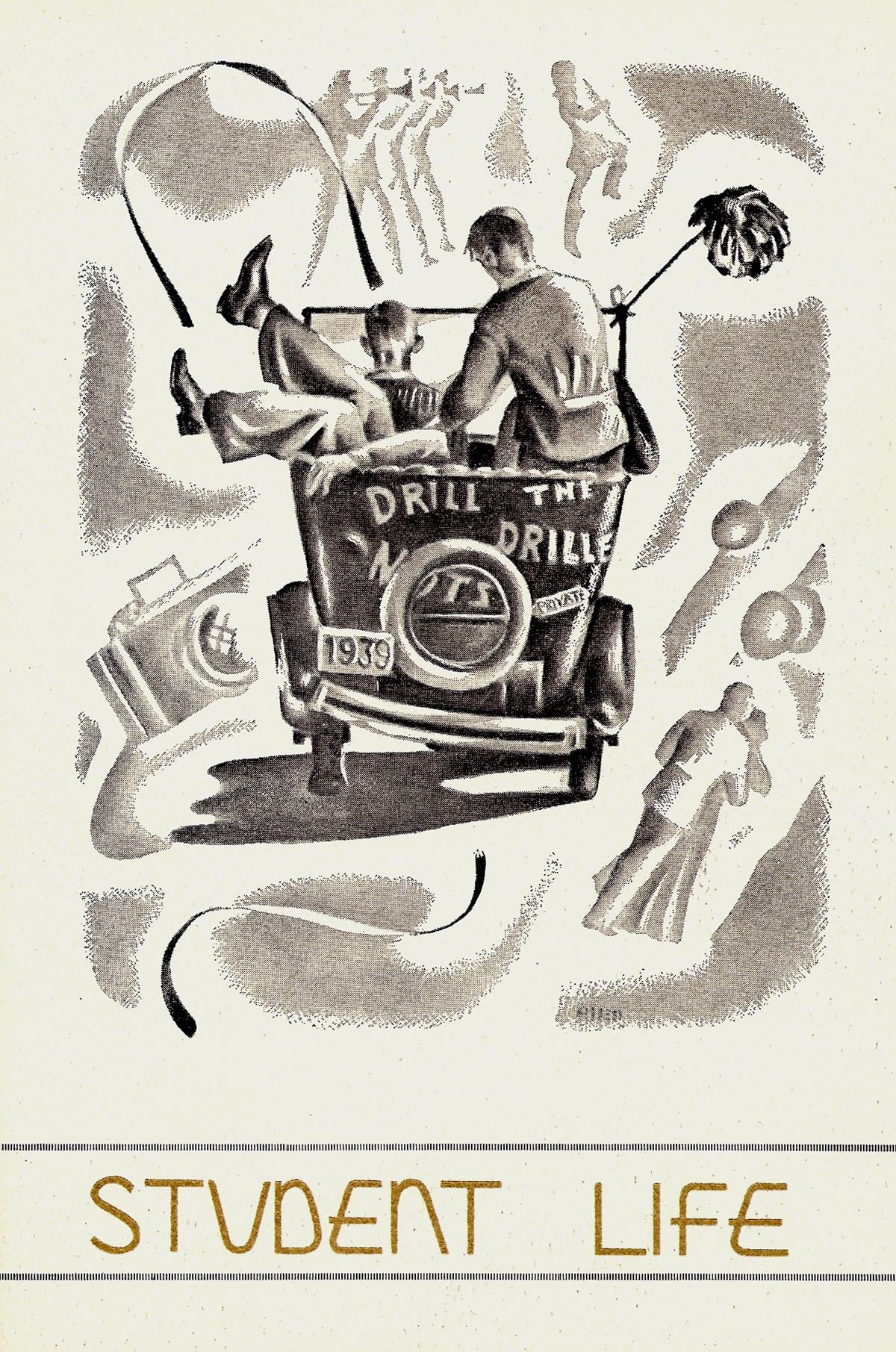 The main purpose of these scans is to demonstrate to all young artists to hang in....there is hope! 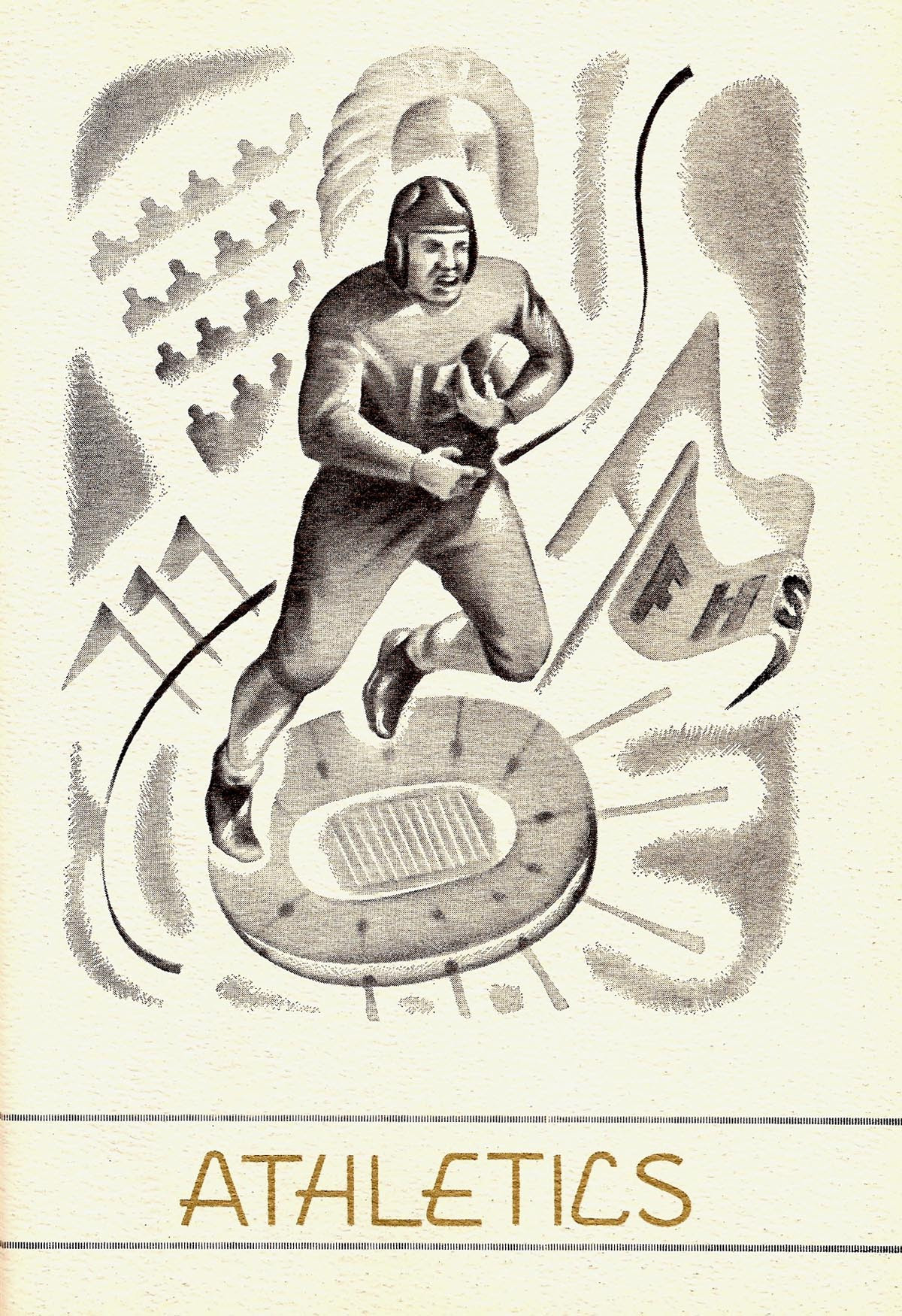 Then a group of brochure illustrations for State Fund. 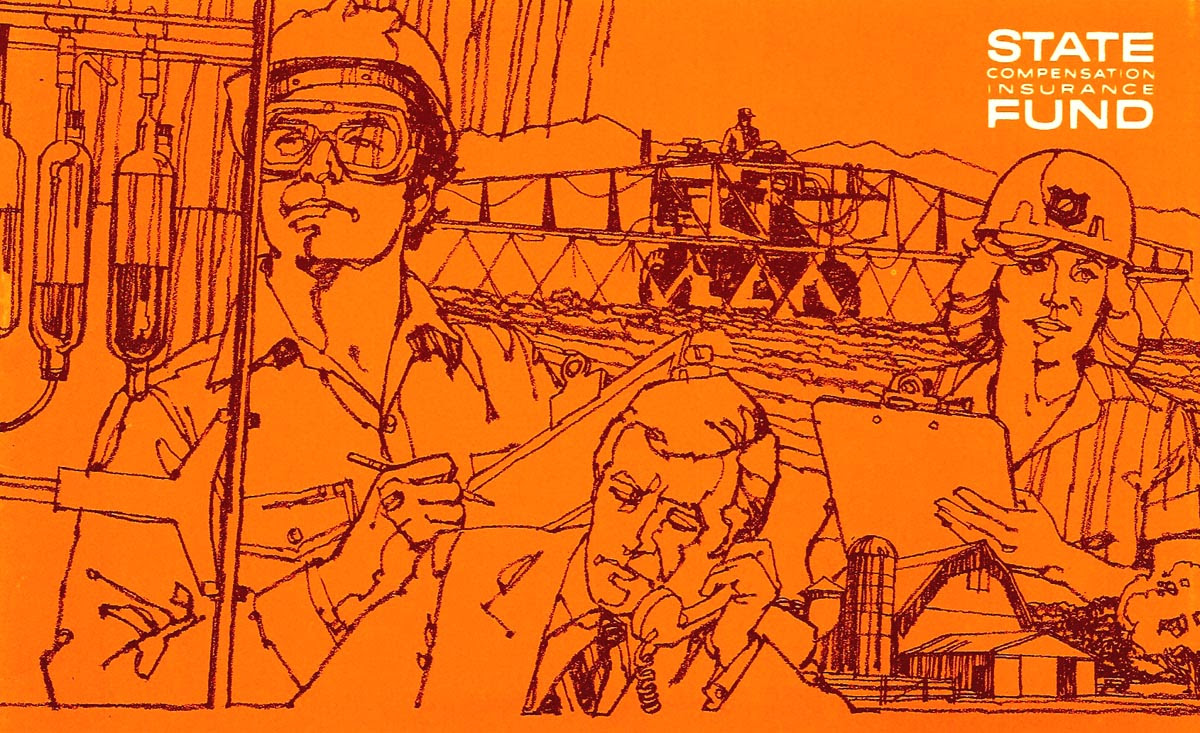 As said before, the type of services and business that State Fund represented led to brochures, and to portraying the diverse occupations covered by accident insurance. 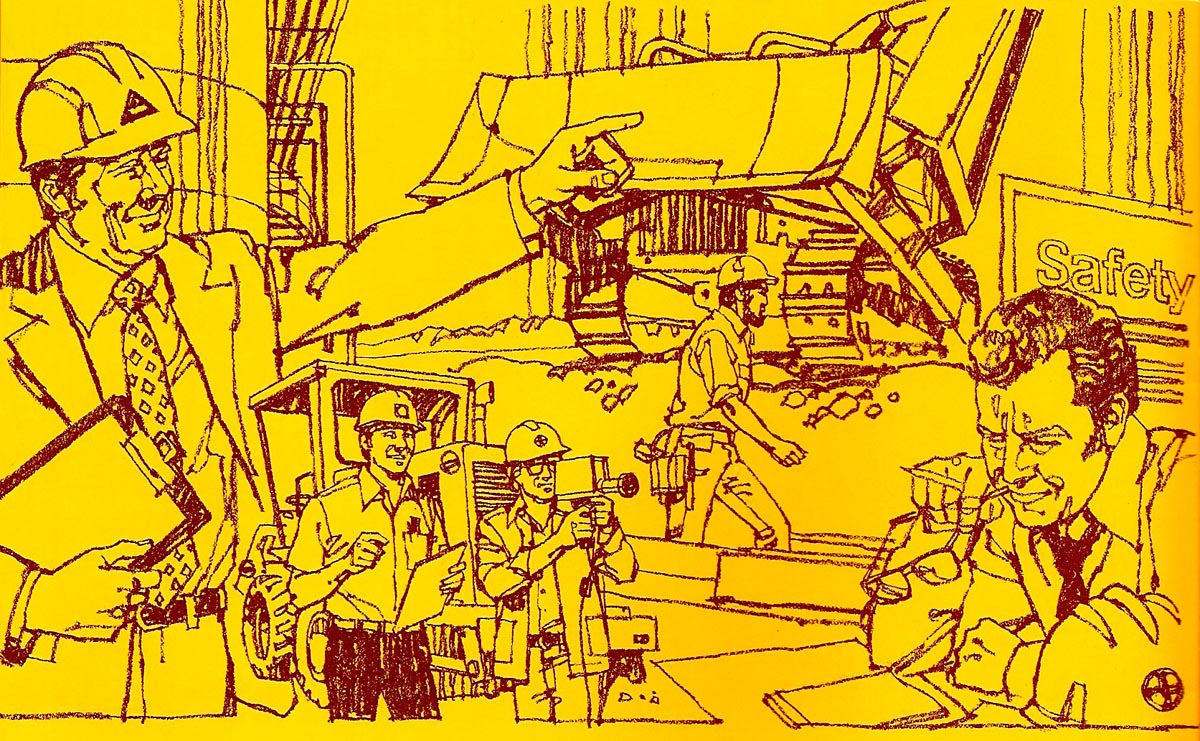 These were done in Charcoal pencil, reproduced in one or two colors. 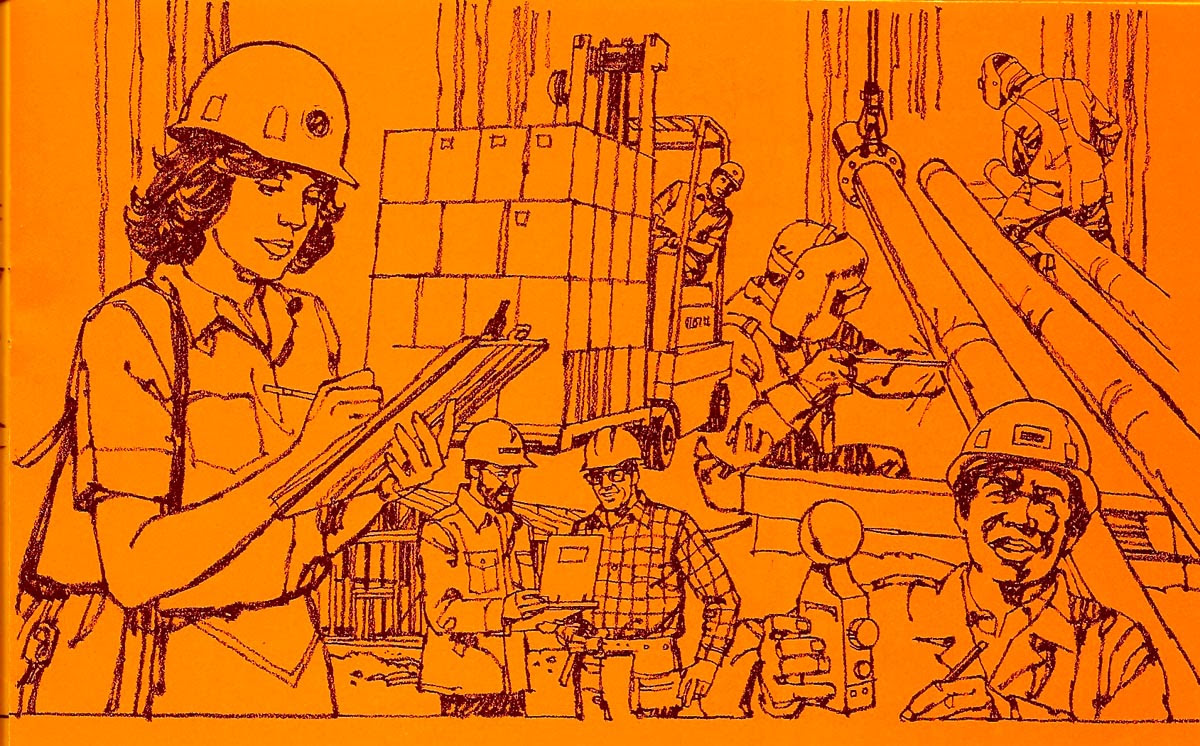 Montages again....that got a bit carried away, as I see them today. Done in the 70's, no doubt pushed for time and from trying to look mod or cool! 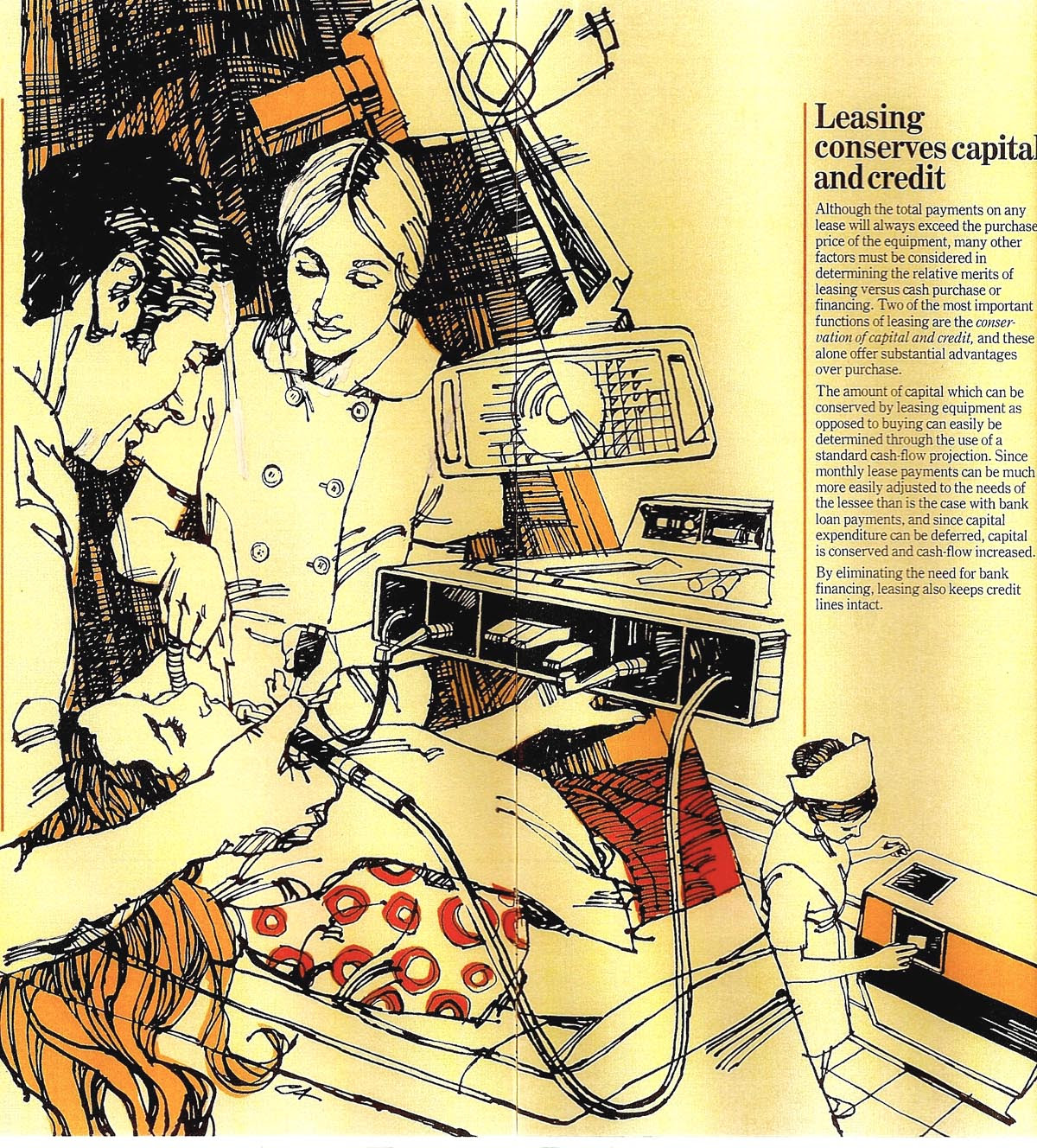 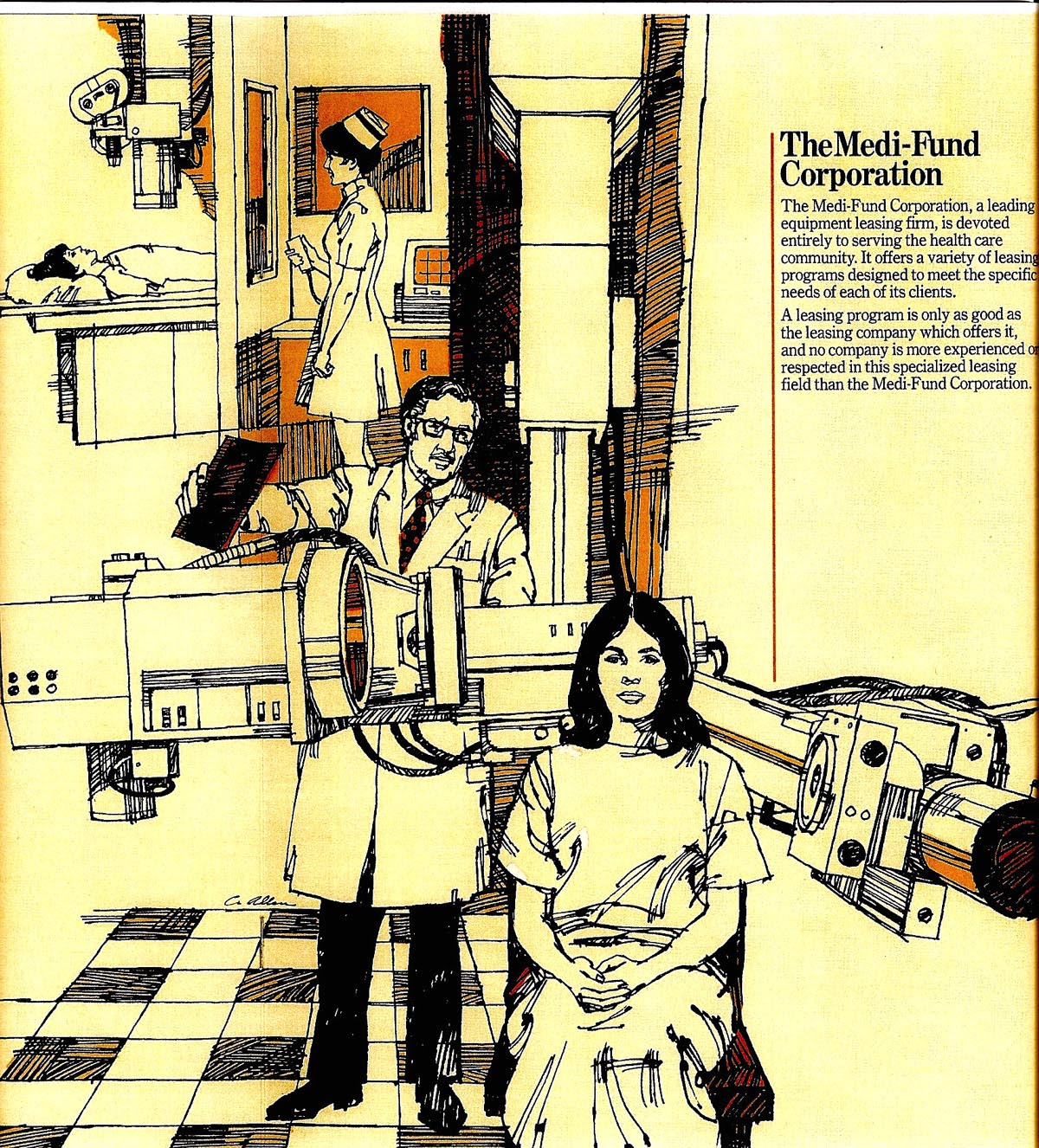 Finally, a pamphlet for a very small client....a rather simple montage.

For a historical cemetery being newly restored, plus buildings added, a couple of charcoal pencil drawings reproduced in two colors. Again I owe thanks to P&H design/layout guys for their essential roles in these.

Obviously, I used the Charcoal pencil technique often in those years....and still think it effective. This week should pretty much do it for montages.

* Charlie Allen's Flickr set
Posted by leifpeng at 7:33 AM

ok, well, that says it all - aside from the years of dedicated labor, you were just gifted. nice early work there.

additionally, your montages are excellent. just when I thought I've seen it all, you come out with even more excellent work. really great.

out of curiosity, what was your turnaround time with the state & medi work?

Matt....I think those jobs, individually, took about a day, maybe two. Fairly fast once reference was gathered and tissues done....so maybe a day working time. I want to say hello to Jeff Jackson....who has checked in a couple of times. 'A fellow Fresnan'....so he can't be all bad! Really, Fresno was a great town to grow up in the 30's and 40's....about 60,000 in size, big enough and small enough. Fresno State was at the old brick campus on College Avenue. About 3000+....big enough to have good courses (even life drawing with a nude model!), but small enough too. Thanks for the comments.

I love The Owl sketches. thanks for posting!