Obviously, we'll do anything to tie an old song into the weekly CAWS title. The lines were from a 1950's pop tune....Nat King Cole had a fine arrangement of it. Those two, maybe a bit off, are 'close enough for jazz', as the saying used to go. Probably due to working in my home studio from the late 50's on....and listening to radio talk shows and several DJ's playing 'top 40' tunes. Still remember parts and pieces of the era's music. A good live radio show then was Arthur Godfrey, who hosted different musicians including pianist Errol Garner, a favorite of mine. Again, I digress from illustration....maybe just as well!

The first three scans are from a 70's typical 4 x 9 inch pamphlet, this for AT&T....done in line, halftone and one color. 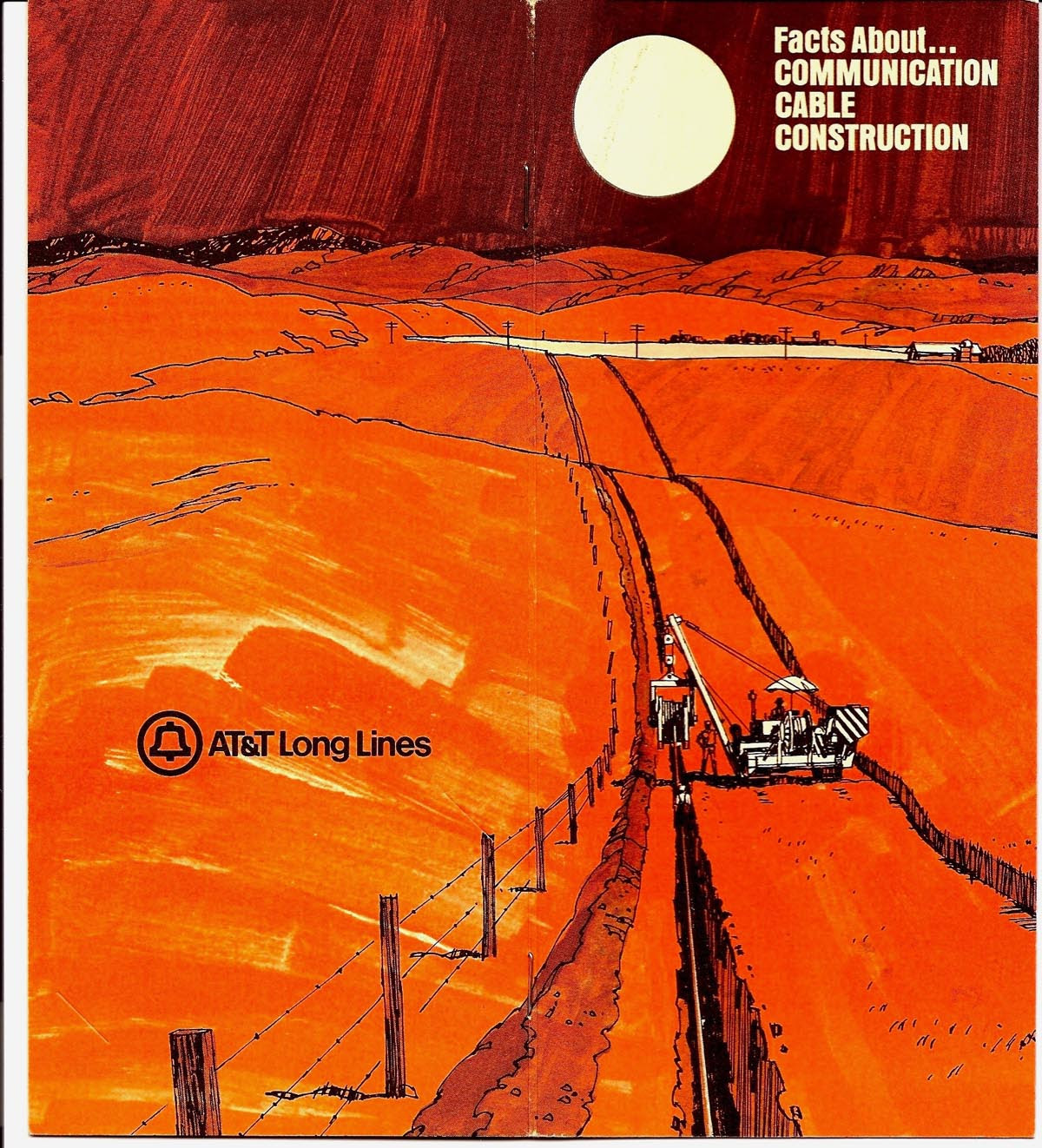 The orange color was actually a second grey halftone....it was cheaper that way....but a bit of a guessing game. 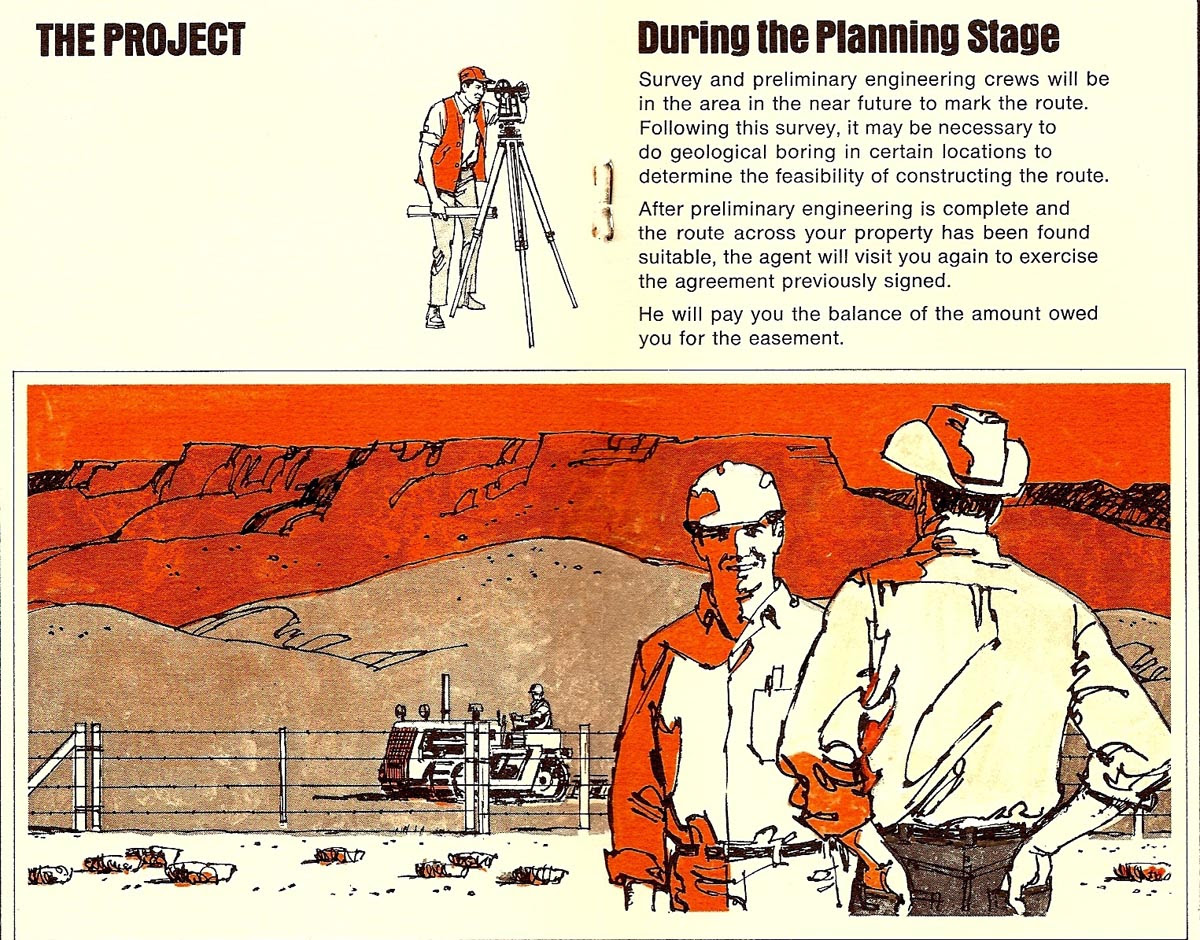 The ad was intended for rural land owners back when thousands of miles of fiber-optic cable were being laced through the land. 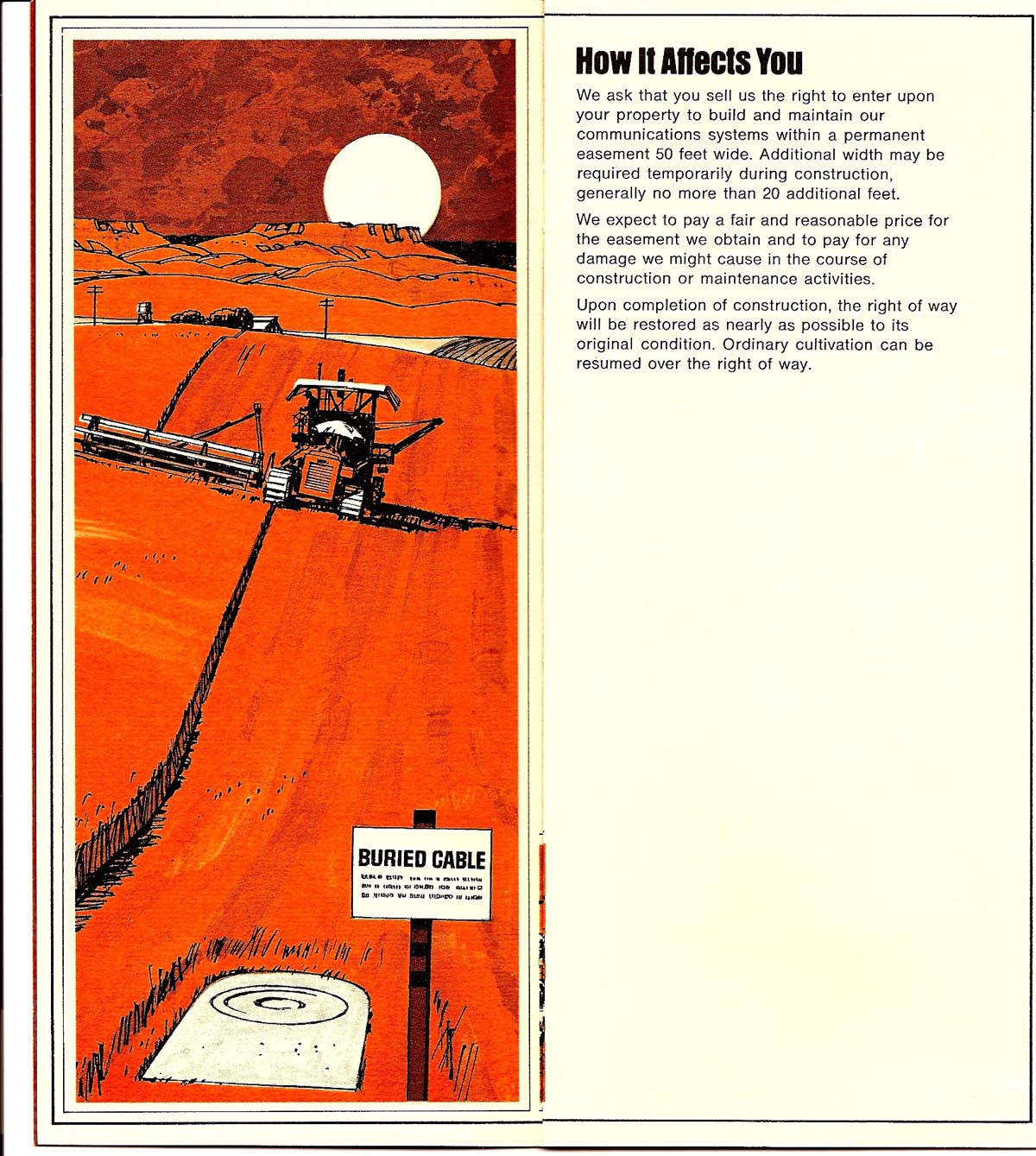 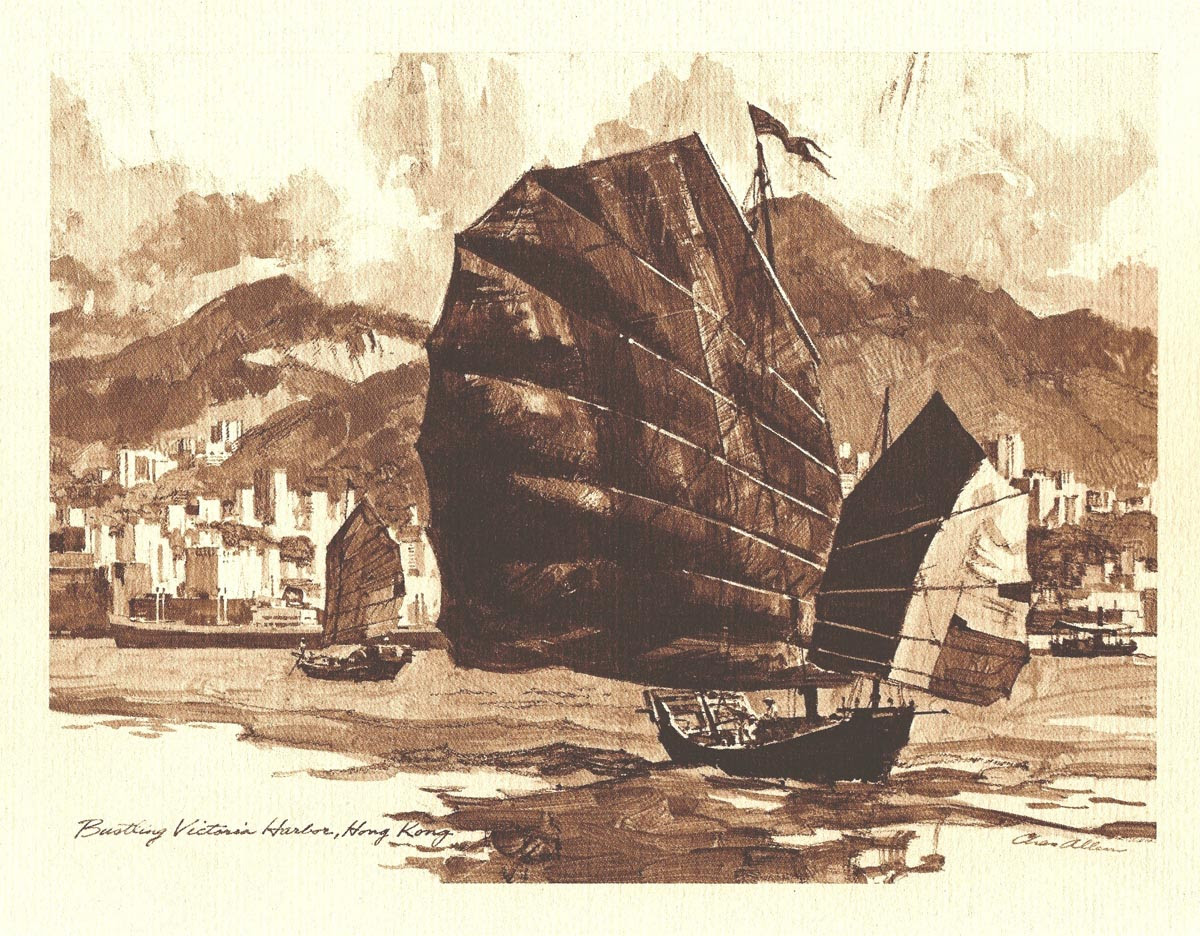 It may have been S.F. Federal, where we had an account in a branch near us. 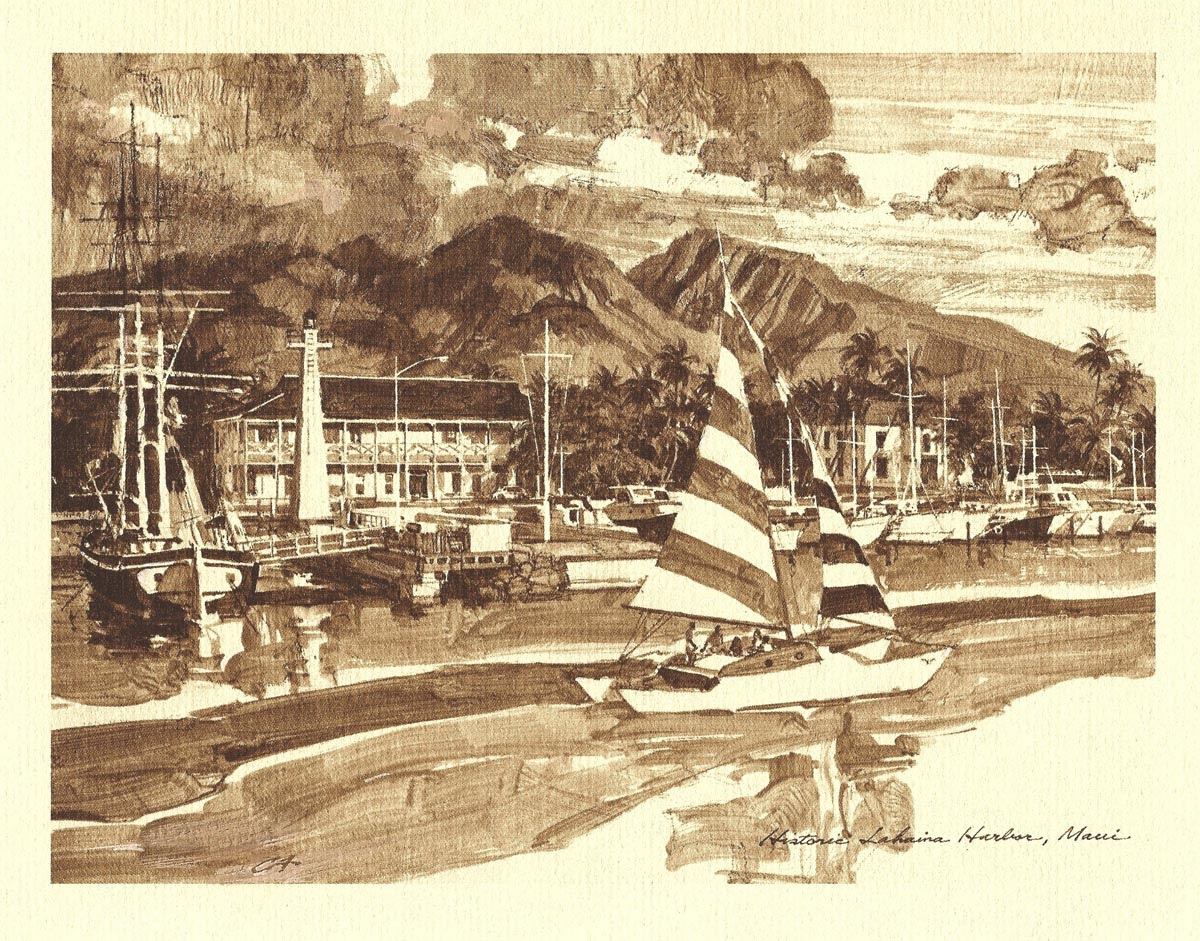 Done in the late 60's, printed in sepia ink on a toned paper....and offered to customers....it was illustrated at the height of the 'acrylic craze'. 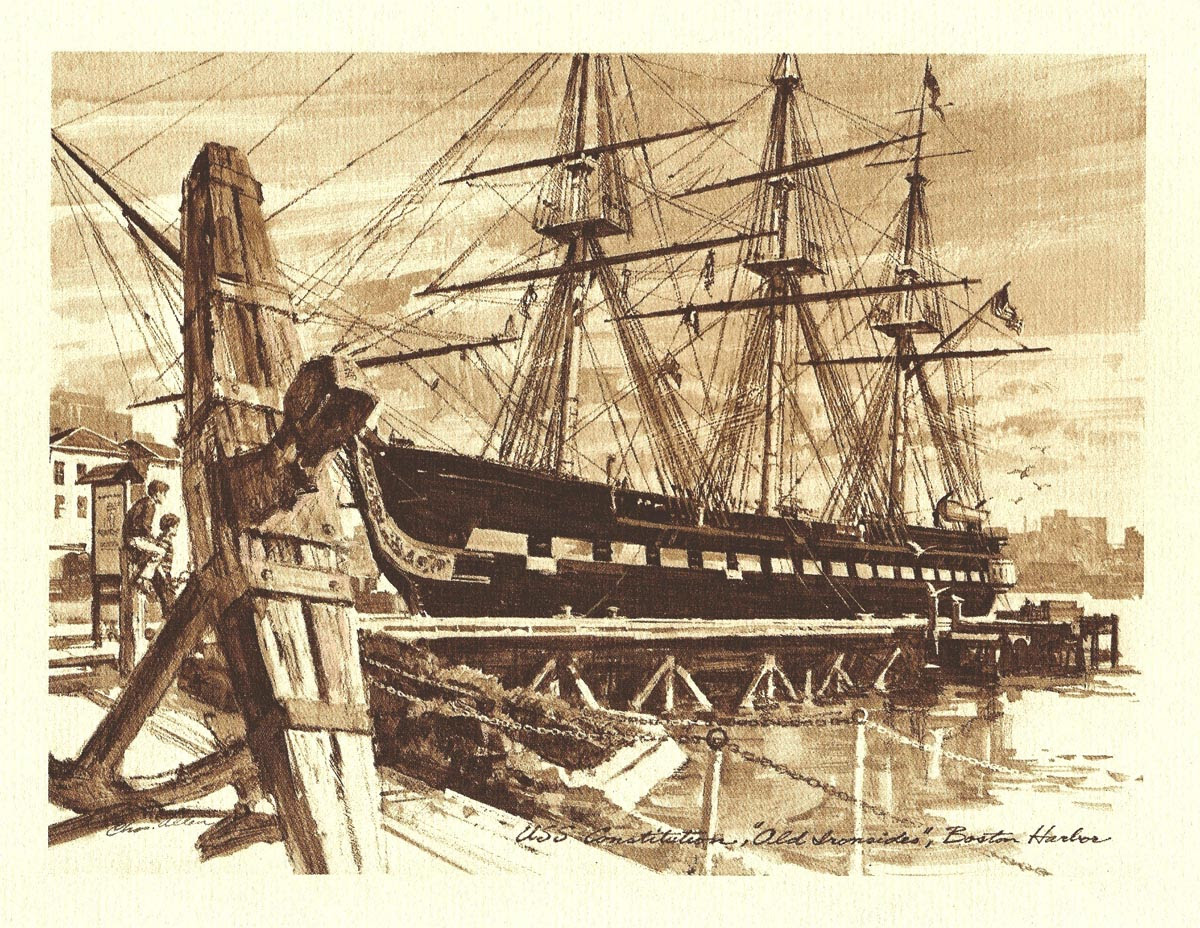 The art director's instructions, in keeping with the era, were to 'keep them loose'. 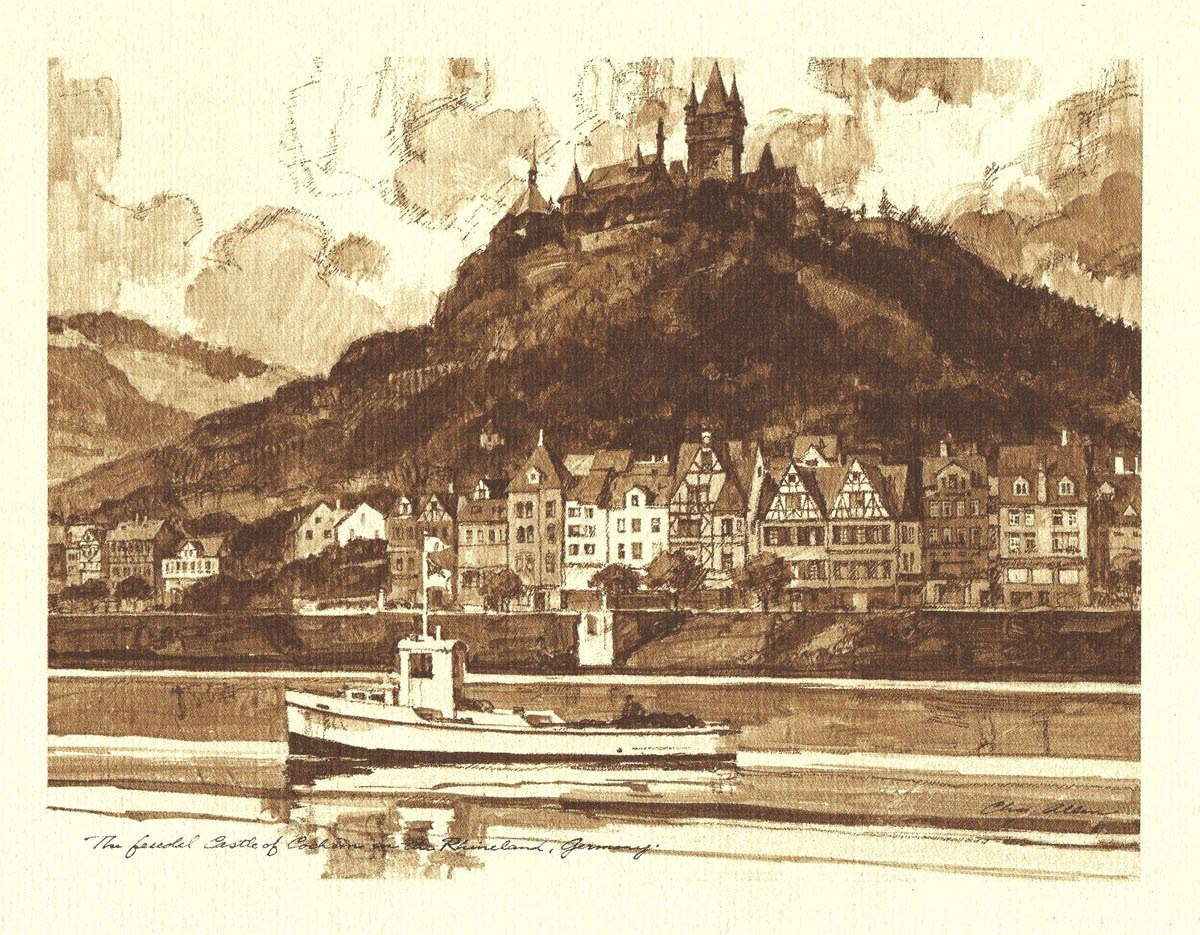 The scans could be better....but loose they were.

Then, clearing decks, a P&H promo ad from the early 50's, a B&W ink wash of a cowboy. A couple of eastern AD's had me down as a 'western' illustrator from this. 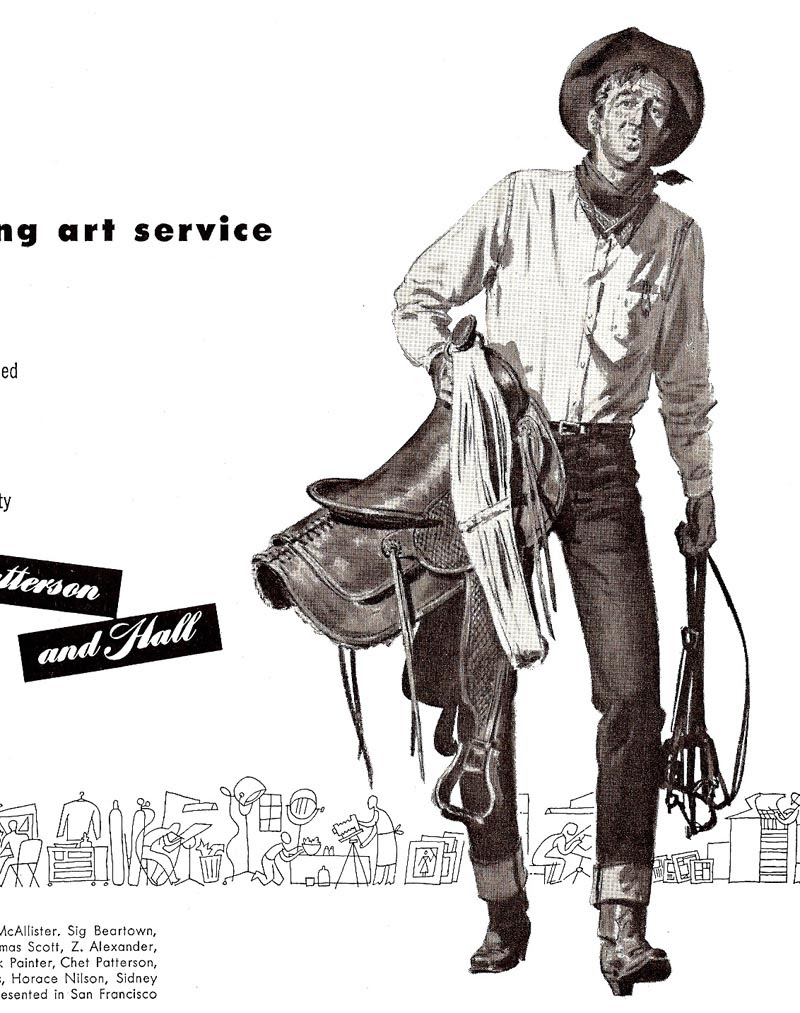 Again, the scan could be better....as is the case on the last two. Done in the 50's, a full page newspaper ad promoting winter sports in and around Reno. From a news proof, I copied and pieced the 19 inch figure....a 50% reduction....hence not good fidelity. It depicts a lovely model and the 'latest' in ski fashions.

Also included, displaying some of Reno's amenities (not including their 'main sport'....gambling!), a few B&W spots from the right side of the ad.